9년 전 제출됨
A report released today ranking the industry as a whole and domestic carriers individually names the best and worst when it comes to some of the most important issues to air travelers: On-time arrivals, involuntary denied boardings, mishandled bags and customer complaints. (abcnews.go.com) 기타...

s2v8377 9년 전 4
These studies don't mean much. For example American's OTP for last year is an anomaly account of the labor issues associated with contract negotiations.

I know to people who flew Virgin America in 2012 on different routes and both hated their experience.

The performance of the 14 leading carriers in 2012 was about the same as the best year ever in 2011, according to the 23rd annual national Airline Quality Rating (AQR), which ranks airlines based on U.S. Department of Transportation figures.

"Every time there are more planes in the sky and more people flying, airline performance suffers," said Dean Headley, associate professor of marketing at the W. Frank Barton School of Business at Wichita State University. 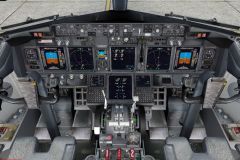 Chicago's most dominant airline, United Airlines, rated worst in America last year for the flying public, although the airline industry overall performed at a high level in 2012, according to a report released Monday.