Australian Borders Open for the First Time in Two Years

Submitted 11 months ago
For the first time in nearly two years, international travelers can now fly to Australia with the border open to vaccinated passengers. A Qantas flight from Los Angeles was the first to touch down in Sydney at 6:20 am local time on February 21, followed by flights from Tokyo, Vancouver and Singapore. All told 56 international flights landed on "opening day." While this number is far below pre-pandemic levels, it presents a positive development in the rebirth of the aviation sector… (aeroxplorer.com) More...

David Wright 11 months ago 8
You know…after what we witnessed down under and the way citizens, etc, were treated….have zero desire to ever visit that penal colony island. I’ll spend my money elsewhere, thank you!
Reply ↓•Permalink•Report

Couldn't have put it better myself -- Was just thinking why on earth (unless of course you have family and loved ones there in that, as you quite rightly describe, Penal Colony) would anyone wish to visit that hell hole run by jumped up leftie dictators?

As I remind many people and it was first quoined by a journalist in UK called Clive Anderson (himself a marsupial) that whilst it's correct that the population originates from the 468 ships of British prisoners sent in the 1800s, i.e. murderers thieves and rapists etc, the Politicians and Police originate from the Prison Warders sent on those ships who remained in AUS to run the Penal Colonies.
And that is why they are such petty bullies with small brains that cannot listen to any dissent.
I do sincerely hope that the Aussie population (all) wake up and send these morons, all of them to 'the stocks'. But firstly vote them out, then deal with them in the courts and make their lives miserable for the next 10 yrs for their crimes against the Aussie population and their human rights.

And that goes for the maniacal shameful bitch next door in NZ, a Ms 'Ja-Sinister Hard-On', another complete and utter nutcase!!!
Reply ↓•Permalink•Parent•Report

Walter Hankinson 11 months ago 4
I just cannot understand this vaccination mandate thing. Can not a vaccinated person still transmit the virus? How can vaccinations stop the spread of this disease?
Reply ↓•Permalink•Report

Steven Palmer 11 months ago 3
Now then Walter don't go questioning the narrative like that!
If you start asking reasonable intelligent questions you will be trolled and banned.
It's not allowed by the leftie elites running most of the madhouses at the moment - they know best (especially as they are ALL on the take)!!
Reply ↓•Permalink•Parent•Report

Randy Marco 11 months ago -1
Amazing this far into the pandemic and you are STILL TOTALLY ignorant.

I know it's a HUGE stretch but.... why don't you get off forums and EDUCATE yourself then you might understand!
Reply ↓•Permalink•Parent•Report

Steven Palmer 11 months ago 3
@Michael Mon
Its ok, I don't allow a moron like the contributor above to upset me.
He is after all, the precise proof of exactly what I said.
Reply ↓•Permalink•Parent•Report

strickerje 11 months ago 2
So... No actual answer, just name-calling?

But yes, the Delta and Omicron variants seem to be easily transmissible among the vaccinated, though fortunately, severity appears to be mitigated. For this reason, most countries' travel requirements also included a negative test result, but Omicron is mild enough even for the unvaccinated that, IMHO, there's really no point to any restrictions anymore.
Reply ↓•Permalink•Parent•Report

Jeraboam 11 months ago 0
The symptoms may be less severe than earlier variants but we are still seeing thousands of cases daily with hundreds dying every week in the Greater Toronto area despite having over 80% of the population fully vaccinated. Most deaths are among the unvaccinated.
Reply ↓•Permalink•Parent•Report

strickerje 11 months ago 0
According to the data at https://www.toronto.ca/home/covid-19/covid-19-pandemic-data/covid-19-hospitalizations-deaths/, fewer than 500 have died in the 5th wave, which is since December 1. That's not really "hundreds every week". The only way to even break 100 for the past week is to count the entire province.
Reply ↓•Permalink•Parent•Report

Arun Nair 11 months ago 0
It has nothing to do with transmission at this point. It has everything to do with how sick you will get when you are not vaccinated. But you already know this.. I am sure.
Reply ↓•Permalink•Parent•Report

Michael Mon 11 months ago 3
Do you just make this stuff up or are you an avid CNN follower?
Reply ↓•Permalink•Parent•Report 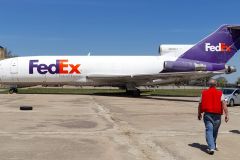 Doyle Kaufman 11 months ago 2
I agree with Mr. Overdue and it was tough to watch how people were treated and Australia’s gun laws have sucked for many years. Australia has never been on my top list of countries to visit but not visiting is only going to hurt the hard working stiffs like ourselves in the tourism industry.
Reply ↓•Permalink•Report

chugheset 11 months ago 2
I've been to Australia twice and at the time it was quite lovely. After how I've seen their citizens treated for the past two years, I won't be going back.
Reply ↓•Permalink•Report

tom mcdo 11 months ago 1
The virus is just that, a virus...People catch it. the vaccs are political horseshit, don't believe any of it. I wouldn't set foot in australia, california,hawaii NY state. God bless Texas.
Reply ↓•Permalink•Report

Peter Aldridge 11 months ago -1
Great to hear morons like you are visiting our great country. Please stay away.
Reply ↓•Permalink•Parent•Report

Bill Overdue 11 months ago 0
I'll never go back to Australia, ever! The mandates, the way the people were treated.. sickening! Having said that, that's what you get when you hand over your guns!
Reply ↓•Permalink•Report

It seems that you are right: gun laws do make a difference.
Reply ↓•Permalink•Parent•Report

strickerje 11 months ago 0
3 examples isn't exactly a trend. Mexico's rate of gun deaths is around double that of the U.S., and they have some of the most restrictive gun laws in the world.
Reply ↓•Permalink•Parent•Report

Jeraboam 11 months ago 2
It wasn't meant to be a trend, just a comparison of three countries with similar populations and cultures but governed differently. All the South and Central American countries have horrendous murder rates perhaps due to their history of authoritarian governments and gang violence resulting from poverty and inequalities.
Reply ↓•Permalink•Parent•Report

chugheset 11 months ago 0
The fact the 2nd amendment allows an armed citizenry is a big reason why we don't have an authoritarian government.
Reply ↓•Permalink•Parent•Report

strickerje 11 months ago -2
Your conclusion was "gun laws make a difference"; that would suggest you're claiming a trend based on those 3 examples. And I wouldn't say the U.S. has similar populations to Canada and Australia.
Reply ↓•Permalink•Parent•Report

Peter Aldridge 11 months ago 1
Typical dumb yank....the data was on a per capita basis so population is irrelevant. But then again I guess you support the Second Amendment that was written in 1791, which is explained by the fact that USA as a country has not really progressed in the last 230 years.
Reply ↓•Permalink•Parent•Report

My comment regarding the population was in response to the previous post "three countries with similar populations and cultures but governed differently". The U.S. is nearly 40% ethnic/cultural minorities, while Canada and Australia are less than 10% so. A more homogeneous society is generally easier to govern.

When our constitution was written is irrelevant since we have a means to amend it as necessary, and to say the U.S. "hasn't progressed in 230 years" is absurd hyperbole. Honestly there's not much point arguing with someone who thinks like that, but maybe others more reasonable will also read this.
Reply ↓•Permalink•Parent•Report

Peter Aldridge 11 months ago 0
Your understanding of Latin is obviously flawed as my comments were backed by a reasonable argument. It is also relevant since 50% of the USA population is below average intelligence.

Your argument on the homogenity is a spurious logical fallacy. As an an example 29.8% of people in Australia are born overseas and a further 19% are first generation. There is no provable causation between homogeneity and ease of government.

Agree that when your constitution was written is irrelevant but I never made that segment. However you have a second amendment that is 230 years old and has not changed. Therefore in regard to this particular subject the USA has not progressed from an era of muskets.

In respect to the original topic there is significant worldwide correlation between gun laws and gun deaths. A review of the G20 countries show as clear patter, which include the aforementioned example. This is a choice the USA population has made - if they want freedom of gun ownership then they need to accept the consequence of a high rate of gun deaths. The same applies for COVID restriction - don't have restrictions and accept the high death rate.
Reply ↓•Permalink•Parent•Report

strickerje 11 months ago 1
"Typical dumb yank" is not a reasonable argument, nor is the assertion that I must be wrong because I'm American, and 50% of Americans are of below average intelligence. (Assuming a normal distribution, 50% of any population is below average, so you don't really have a point there.) Surely I don't have to explain why these are ad hominems?

Also, "in regard to this particular subject the USA has not progressed from an era of muskets" is vastly different from what your original quote, "USA as a country has not really progressed in the last 230 years". (Fortunately you can't edit your posts here.)

Your point about gun violence is a straw man since my argument was only that 3 examples doesn't prove a trend, and other examples exist that counter it. This remains the case.

I'm open to being proven wrong, but I listen to facts and logic. If you can't make a point without belittling and name-calling, then I'm out.
Reply ↓•Permalink•Parent•Report

Peter Aldridge 11 months ago 0
"Typical dumb yank" is not an argument but a descriptive moniker based on your comments. Agree that in a normal distribution, 50% of any population is below average, which is a valid point. You don't have to explain the meaning of ad hominems; is it just because you are offended by my language? This is the beauty of free speech.

My point about gun violence is not a straw man since I explained that despite the 3 examples not being a trend, there is significant worldwide data available showing a correlation between gun laws and gun deaths. I would be interested to see any substance evidence to the contrary.

I'm pleased to see you accept to being proven wrong and perhaps my original assessment of you intellectual capabilities were misplaced.
Reply ↓•Permalink•Parent•Report

This website uses cookies. By using and further navigating this website, you accept this.
Dismiss
Did you know that FlightAware flight tracking is supported by advertising?
You can help us keep FlightAware free by allowing ads from FlightAware.com. We work hard to keep our advertising relevant and unobtrusive to create a great experience. It's quick and easy to whitelist ads on FlightAware or please consider our premium accounts.
Dismiss