5년 전 제출됨
Lockheed Martin Corp. said Tuesday it is on the verge of a technological breakthrough that will allow its conceptual SR-72 hypersonic plane to reach six times the speed of sound. LMT's CEO said they could develop and build a hypersonic demonstrator aircraft the size of a F-22 stealth fighter for less than $1 billion. (www.ibtimes.com) 기타...

Dan Chiasson 5년 전 3
Little to do with general aviation IMHO. Commercial eventuality is a teaser by LM to get the military deal (SR71 successor) where cost over-runs are far more easily accepted. Considering LM focuses almost exclusively on military contracts, no surprise they are trying to expand the value envelope. Besides, just does not make sense to spend billions on this type of military technology when it does not match forseable military needs (drones do wonders in asymetrical warfare). By attaching commercial opportunities, they are attempting to change the game. Don't see it happening. private industry will address commercial development.
응답 ↓•퍼머링크•Report 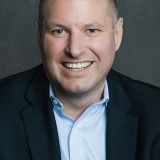 corysober 5년 전 2
Mach 6 is impressive. I wonder what they have on the classified books in terms of electromagnetic propulsion and what its speeds are.
응답 ↓•퍼머링크•Report

skylab72 5년 전 1
depends on how deep in the atmosphere you want to remain...
응답 ↓•퍼머링크•모•Report

bbabis 5년 전 2
Multiply any company cost estimate x30 and you may get close to the low end of true development costs. Also, as cyber-spying becomes more prevalent, you can bet that Russia, China, and various "friendly' nations will develop it right along side us.
응답 ↓•퍼머링크•Report

Harvey Putsche 5년 전 1
That would be pretty amazing. The technology spin off would be able to affect a lot of other areas.
응답 ↓•퍼머링크•Report

Randy Marco 5년 전 1
I full well understand the economies of scale; BUT, let's be real. Projected cost NEVER equals ACTUAL cost when it comes to the military industrial complex's corporate welfare. ACTUAL cost equals projected cost times a factor of whatever funding the economy/spin propaganda can generate OR until the project is so DEEP in egregious overruns it's cancelled OR the production run is cut to a couple of test craft. The F35 "current" and growing ESTIMATED cost is 1/3 of a BILLION each, which is by any reasonable standard insane, ESPECIALLY when it does nothing well!
응답 ↓•퍼머링크•모•Report

skylab72 5년 전 1
How well I know, however there are occasional fits of proper management. For example we (TI) brought in block one HARM (AGM-88), development and first x quantity of missles for a quarter of a million under the projected price. That sounds like chump change now, but we also outperformed the spec with a CEP under 1/2 the suggested minimum. Raytheon can't match that on new development now...
응답 ↓•퍼머링크•모•Report

Randy Marco 5년 전 1
Correct, back in "our" day, some military contractors had ethics; however, as time has advanced so has the Industrial Military Complex's ability to "generate" cash-flow without regard to "need" or real "progress/purpose".

Only the current Industrial Military Complex could take an operational platform, the 67 airframe that has been in production for over 30 years, and figure out how to "obtain" $6.7 billion in development costs to use “off the shelf” components like a modified KC-10 refueling boom and the “glass cockpit” & electronics from Boeing’s new 787 airliner > then sell each plane at a cost 3.25 times GREATER than the inflation-corrected price of a KC-135. $40 billion is the current "estimated" total for 179 tankers PLUS a deal was cut to LEASE 20 more aircraft! Yet, the Italians and Japanese have been flying "their" version of a KC-767 for years now at a MUCH lower cost.

The KC-135 took from 1954 to 1957, just three years, from the time the jet aerial refueling competition was launched to the time the aircraft became operational; yet, this debacle is 10 years in "cash generation" development and the Republican's want to "BUILD-UP", spend MORE on our depleted Military? Utter Insanity!
응답 ↓•퍼머링크•모•Report 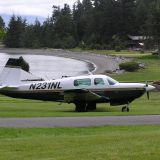 Scott Burkhart 5년 전 1
I hope they're successful, but lets remember this is the new Lockheed which also claimed they were near another "technological breakthrough" to get nuclear fusion gain by now with their proprietary reactor design.
응답 ↓•퍼머링크•Report

lynx318 5년 전 1
I'm curious, what is the need for this? They couldn't expand this to commercial aircraft size that would be safe or economical. Military reaching targets before enemy could react? Why? ICBM's and stealthy drones do that now, why send a manned aircraft. This sounds like another F-35 red herring.
응답 ↓•퍼머링크•Report

skylab72 5년 전 1
give me 47 miles and i'll build you an induction rail that will put you in orbit.
응답 ↓•퍼머링크•모•Report

One fekin bilion! Spend it on fekin food stamps for your citizens or on some scientific funds you military morons :/
응답 ↓•퍼머링크•Report

corysober 5년 전 4
This is probably one of the most offensive and ignorant statements I have ever read on the subject of military innovation. To say that we should not invest in furthering our technological capabilities so that people can have food stamps is laughable. The number of jobs created as a result of the military industrial complex numbers in the TENS OF MILLIONS. Not to mention the added safety and security for every American around the globe. People like you should be labeled traitors and deported.
응답 ↓•퍼머링크•모•Report

Greg Zelna 5년 전 5
Developing a hypersonic craft IS 'scientific' , by the way......... And more give aways such as food stamps only serve to create greater dependency on government, not the desired result of self sufficiency and independence.......
응답 ↓•퍼머링크•모•Report

Jakub Bialek 5년 전 -3
Yeees let them suffer as long as you are full and lucky. What a pile of crap you are spreading...
And it would be scientific if it was not sponsored by military. While it is, then it's only that: military. Secret, not public.
응답 ↓•퍼머링크•모•Report

bbabis 5년 전 2
Old saying; Give a man a fish and feed him for a day, teach a man to fish and feed him for a lifetime. The problem is most those on the government dole have no desire to learn because they believe that the next fish will always be there. As far as scientific research. Thank goodness many of our best scientists are in the military or defense industries. Even if not directly known we all benefit from their work in some way. The greatest being our military which guarantees your freedom to have your opinion.
응답 ↓•퍼머링크•모•Report

Randy Marco 5년 전 0
When our Military spends MORE than the next 13 countries military budgets COMBINED, you are a LOON and part of what is destroying our country; but, then again I guess you know more about war & the military than Eisenhower!
응답 ↓•퍼머링크•모•Report