KauaiGolfer 5년 전 10
This is the same guy who said he wanted this route just to rub salt in Delta's wounds. Tough noogies, Akbar.
응답 ↓•퍼머링크•Report

Shenghao Han 5년 전 3
Qatar is just want to blame someone else. Plus there aren't any A380 in America did contribute to this particular incident.
A380s somewhat benefits airlines, but Airports hate them.

Assume you have 1200 passengers need to move; A 777 can carry 400 and it takes 3 777s to move all that people. An A 380 can carry 600 and only takes 2 A 380 to do the same job.
But from Airport's stand point, they lost the chance to charge the an airliner one more landing fee, plus if B777 need 2 minutes separation between 777s and A380 needed 3 minutes in between, time spent landing 3 777s is equal to 2 A380s.
And of course, that is NOT how airport operate, usually there will be smaller planes in between. So each time a medium jet is following a A380 1 minute was wasted, because minimum separation for a medium behind heavy (B777) is 2 minute, a medium behind a A380 is 3 minutes. To airport, every minute is money, and building extra runway is expensive and hard to get approved by the people living around airports.
응답 ↓•퍼머링크•Report

Highflyer1950 5년 전 3
Take away the oil and they all just turn back into desert dust. wa, wa, wa! UAE, all a bunch of cry babies and self entitled spoiled brats. Flow in and out of all the emirates, and they are all the same with their condescending, holier than thou attitudes.
응답 ↓•퍼머링크•Report

chalet 5년 전 2
Do any of the gulf airlines serve liquor onboard, only over western countries or all over their routes.
응답 ↓•퍼머링크•Report

conmanflyer 5년 전 3
I still can't see how they can blame Delta for it... It almost appears that Qatar is just mad because Delta wouldn't make room for them...
응답 ↓•퍼머링크•Report 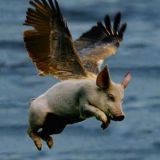 anthony mchale 5년 전 2
I am surprised the worlds busiest airport has only 1 gate for a a380 aircraft. Odd.
응답 ↓•퍼머링크•Report

Shenghao Han 5년 전 3
You do know compare to 777, A380 can carry less people over time and consume more airport recourse in the process right? Airports don't like A380s because they cause wasted Runway resource, taxi congestion, gate congestion and security check point congestion. And to Airports, they will lose money because of A380s. I hope I still had that photo I took last year when trying to board a Lufthansa A380. All the passengers lined up to board blocked the entire terminal hall across the Munich Airport.
응답 ↓•퍼머링크•모•Report

Eddy Oord 5년 전 1
This Akbar mentioned "This will be taken very seriously by the Qatar Government"" How, the State in not involved or only when it,s convenient??? The same this Arab mentient to the press in Holland when the Dutch refused him more flights to AMS. "" This will effect Shell and Dutch Construction companies in Doha. The Government will take steps against them."" he commented in front of TV camera's Also here confirming the State involvement. This one is a danger for the Airline Industry as he only knows to take.
응답 ↓•퍼머링크•Report 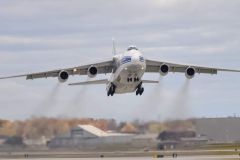 Sumeet Chavan 5년 전 -2
Qatar did announce before its inagural flight that they were going to the use the A380 and i am assuming that Delta and Atlanta disregarded that they were flying the A380.
응답 ↓•퍼머링크•Report

joel wiley 5년 전 8
Quote:
Qatar Airways initially planned to use a Boeing 777 on the debut Doha-Atlanta flight, but in late April said it would use the A380, the world’s largest passenger jet, according to the airport. That didn’t allow sufficient time to make the required operational changes, the airport said by e-mail. ... While the airport’s rules require 60 days notice whenever an airline plans to use an A380, the facility said it would try to accommodate Qatar Airways, interim airport general manager Roosevelt Council Jr wrote to Mr Al Baker in a May 31 letter provided to Bloomberg.
Unquote.