3년 전 제출됨
Oklahoma City Thunder players made it to Chicago safely, but their plane did not arrive unscathed. The team's Delta charter plane was damaged during the flight from Minneapolis — with several players posting pictures on social media of the aircraft's dented nose after they landed safely. (www.usatoday.com) 기타...

Greg Huff 3년 전 1
The player comments said there was a bang they haard and felt at 30k ft. Expected to see comments below about a weather balloon.
응답 ↓•퍼머링크•Report

andromeda07 3년 전 1
Would love to hear more about this!
응답 ↓•퍼머링크•Report

Tony Perez 3년 전 1
Those darn aliens! They should know they have to file a flight plan before flying their flying saucers in Alpha airspace.
응답 ↓•퍼머링크•Report

SoonerSchooner 3년 전 1
I would appreciate, and many more folks interested, like the OKC Thunder team, their fans, the NBA, and the flying general public, on what is eventually found out, after an investigation. Thank you!
응답 ↓•퍼머링크•Report

john desnoyers 3년 전 1
Looks to me like the fiberglass honeycomb failed inflight because of faulty or lack of proper maintenance. If a bird strike, there would have been blood, guts and/or feathers and most likely penetration involved. This is too clean of an oil-can effect and too symetrical, and I think it just failed and caved in. Aging radome honeycomb, without proper analytical maintenance or proper inspection it can be pretty devastating.
응답 ↓•퍼머링크•Report 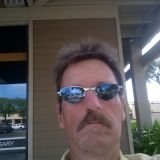 Robert Fleming 3년 전 -2
Holy smokes that is an insane hole in the nose of that plane. How did the players and crew not notice something was wrong until after the plane landed!?
응답 ↓•퍼머링크•Report

Ken McIntyre 3년 전 2
I'm pretty sure they heard it.
Years ago, one of the Beach 1900s flying for our company hit an owl just after liftoff at 5:30am in Pocatello, Idaho. The crew heard a tremendous BANG, but otherwise, no effects. After checking everything out, they continued to Boise. Upon arrival, inspection showed about a 4 inch hole in the radardome with an owl talon sticking out of the hole! I heard about the incident at my station from other pilots. Other than the hole, there was not problems with the aircraft. Even the radar still functioned.
I was working in Pullman, WA and happened to be on duty that night as the aircraft was being cycled back to our base in Walla Walla, WA. The foot had worn away, but there was sure a gruesome mess inside that nosecone.
A month later, I talked to one of the radio techs in Walla. After an obvious wince, he told me the rest of the story. They simply swapped the unit, patched the cone, and the plane was out the next AM. It took most of the following day for him to clean up the mess on the radar unit. That was paraphrasing without all the expletives.
응답 ↓•퍼머링크•모•Report

Tony Perez 3년 전 1
The dome is made of fiberglass or something similar which is much easier to damage than the rest of the fuselage. Assuming the radar antennas weren't damaged, the most it would cause would be an increase in fuel consumption due to drag.
응답 ↓•퍼머링크•모•Report

sparkie624 3년 전 3
Back in the 70's a similar even in a 727 over Asia hit a Turkey at FL270... In that case, the Turkey when through the FO's Windshield and killed the FO and Engineer! What I do not understand is why the Radome is just buckled in/Dented and not a HOLE! Fiberglass is not supposed to bend like that!
응답 ↓•퍼머링크•모•Report

bbabis 3년 전 2
I know from experience that yes it will buckle just like that. Particularly if it has been weakened from erosion such as heavy rain or small hail. If the fiberglass has been thinned and just retouched with paint to make it look good, you are set up for this to happen.
응답 ↓•퍼머링크•모•Report

Ken McIntyre 3년 전 1
Now that you mention it, I've seen fiberglass do that. On boats that have been left out for a long time. No reason not to think that couldn't happen to an aircraft with all the temp changes involved with flight cycles.
응답 ↓•퍼머링크•모•Report

sparkie624 3년 전 2
Agreed, but that plane was not that old, as a matter of fact it was relatively new in Aircraft years! If that is the case, it would appear a Non-Airworthy repair may have been done!
응답 ↓•퍼머링크•모•Report

bbabis 3년 전 1
Looking at the rest of the nose section that can be seen, there is also no evidence of paint erosion in the usual places where it usually shows up pretty quickly. That would lead me to believe that it has had a recent touch up job.
응답 ↓•퍼머링크•모•Report

sparkie624 3년 전 1
Usually they do not do touch up work on Radomes because you have to Radar reflective test with the new paint. Most of the time they are just sent out for overhaul.
응답 ↓•퍼머링크•모•Report

bbabis 3년 전 1
It all makes "the rest of the story" interesting to find out if we wind up privy to that information.
응답 ↓•퍼머링크•모•Report

Ken McIntyre 3년 전 1
...Fiberglass is not supposed to bend like that!...Good point. Maybe there is some new rubberized material going in those. B1900's nose is indeed fiberglass.
응답 ↓•퍼머링크•모•Report

sparkie624 3년 전 1
What a remark.. HMM... I would guess the reason that the players that were traveling inside the plane had a very poor viewing angle of the nose! As for the Crew, a 757 for something like that to happen to the nose, other than a slim chance of a Radar fault or funny indication, their viewing angle was not much better and with the lack of Bird Feathers, Blood and other debris they had a pretty bad viewing as well... make note the crew flying the plane sites above the viewing angle of the radome...

Disclaimer: Only trying to answer a question with as much sense as the question made to begin with!
응답 ↓•퍼머링크•모•Report