3년 전 제출됨
Starting January 2, the FAA will implement a filter for certain ADS–B equipped aircraft found to be broadcasting erroneous or improper information that could affect the safe provision of air traffic services. (www.ainonline.com) 기타... 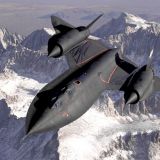 TechnoDan 3년 전 1
I'm *assuming* that this filter will be a software one in ATC systems, but I don't know. Anyone have any idea what this filter might be? It's sure not clear from the article.
응답 ↓•퍼머링크•Report 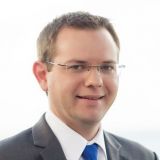 bartmiller 3년 전 1
This is a very interesting area. I regularly see traffic reports from aircraft identified at 00000000. So, there are definitely misconfigured ADS-B units out there.

While the ground-based stations might filter out this information, it's not clear that it will have any effect on what we see in the cockpit.

They specifically mentioned filtering for "erroneous position reports", which is to try to prevent the intentional or unintentional spoofing of aircraft position.

In general, the FAA has moved to some disturbing positions.

1. Using ADS-B OUT to locate aircraft (and depend less on ground-based radar) provides many opportunity for an aircraft to hide or misreport their position. Even without malicious intent, any error in your aircraft GPS unit will cause your position to be misreported. Not good in busy airspace.

2. The FAA is actively decommissioning ground-based navigation stations (the VOR network), and depending on GPS. While I love my GPS units, GPS is a very fragile system, operating at quite low power levels (so easily jammed or disturbed). Without a good back-up network of ground stations, a system- or region-wide failure of GPS could create chaos and a resulting high-risk scenario.

(There is a fairly low-priced new technology that could be deployed instead of VORs, called eLoran, a very cool updated technical descendant of Loran-C. It would make an incredible, cost effective ground-based secondary global navigation system.)
응답 ↓•퍼머링크•Report

Kenneth Schmidt 3년 전 1
I get at least five misidentified aircraft a week from my ADS-B monitoring location in North Iowa. I was wondering when the FAA would get around to getting aircraft owners to properly configure their transponders.
응답 ↓•퍼머링크•모•Report

BeechSportBill 3년 전 1
AND can you imagine - that MILITARY AIRCRAFT have NO requirement to have ADS-B anytime in the near future...
응답 ↓•퍼머링크•모•Report

Bernie20910 3년 전 1
So, instead of addressing the problem with fines and other measures to ensure compliance with the required standards, the FAA has decided the best way to handle this is pretend it doesn't exist and pull the blankets (filters) over their heads? Have I got that right?
응답 ↓•퍼머링크•Report