Why Every Airline Should Already Exceed GADSS Flight Tracking Standards

2년 전 제출됨
As a growing number of countries adopt GADSS into their regulatory framework, global flight tracking with at least one position update per minute is becoming the industry standard. Our CEO, Daniel Baker, explains the impact this has on passenger safety and how our partnership with Aireon LLC enables airlines of all sizes to exceed it. (connectedaviationtoday.com) 기타... 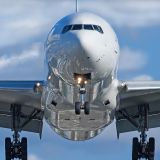 Steven Shattuck 2년 전 3
Gideon Yuval. On any given day there are 93,000 flights worldwide. At an average of 1.5 hours (low) per flight, that's 139,500 hours per DAY! Nearly one million hours (slightly less) per week. Again, show me the benefit. I'm sure FlightAware has better average hourly statistics, but you get the drift. How would instantaneous or even marginally delayed (at the end of each flight) further aviation safety?
응답 ↓•퍼머링크•Report

Steven Shattuck 2년 전 4
I need to respond to the "CVR data" comment (real time uploads). Seriously? After 22,000 plus hours of international and domestic flight time in narrow and wide body aircraft, I can categorically state, the notion is, well, with all due respect, stupid. It has nothing to do with "privacy", or "unions." I'd be hard pressed to find ONE professional aviator that would not be onboard with saving even one life, but the notion of real time monitoring simply doesn't do that. It is a reactive rather than proactive approach without merit (other than as some "feel good" notion for the uninformed public).

Rhetorical question: Who, no...what army of employees or contractors would be hired to monitor these conversations? In the seconds before a perceived accident, would "they" contact the flight crew and warn them of impending doom? Based on what experience? Only for post-accident investigations you say? Hmmm. Then why real time? What purpose does that serve in accident prevention?

For years and almost since the inception of airliners, the aviation industry have/has had very reliable tool(s) called the CVR and in the not too distant past, the DFDR, both used for post accident/incident analysis. The United States has one of THE safest aviation systems known to man. Accidents, mechanical and pilot error are almost infinitesimal at a value approaching zero. GADSS is a huge leap forward and in the case of MH370, I have no doubt the CVR would have been recovered in short order had GADSS been in place. Would real time monitoring of cockpit conversations have prevented an, ostensibly, suicidal crew member from committing that heinous act? Highly doubtful.

This doesn't even begin to contemplate the technical constraints and massive costs that would be necessary to implement such a system. "If it saves one life, it's worth it," may be the response. Yes, all life is precious, but at the end of the day, unless we all want to lock ourselves in a bubble, life comes with risks. As humans we strive to mitigate those risks whenever and wherever possible, to an identifiable degree. If you don't want to accept the smallest of risks, don't get on the airplane. Walk, or take a bus (where you will be exposed to even greater risk). Hopefully in the future we can create a force field around every aircraft that leaves planet earth, thus preventing one accident (sarc off).

No, aviation has a system that typically works exceptionally well. As of this writing there is no need to reinvent the wheel.
응답 ↓•퍼머링크•Report

tomasz dabrowski 2년 전 -2
i dont understand your rant. this article is about GADSS not a program that will monitor pilots in real time. It will monitor the aircraft position in addition to other aircraft performance issues. There will be no need to hire an army to monitor anything. we have computers for that. think about all the aircraft systems you have now on your aircraft. most were created AFTER an accident and GADSS was a result of MH370. as far as hardware costs it should not be impossible to do. the day will eventually come where in addition to the CVR and FDR there will be video of the pilots recorded. this is all in the name of safety. no need to be paranoid. i'm sure there were complaints years ago when the CVR and FDR were first created of pilots complaining about it. we need to go ahead not be stuck in the present. if you feel your privacy will somehow be violated, there are plenty of jobs were you are not monitored at all. in the interest of safety we DO need to reinvent the wheel sometimes. and as far as airlines using any information to discipline a pilot that will need to be addressed but everyone wants to have all the tools and information available (especially after an accident) to make sure it does not happen again.
응답 ↓•퍼머링크•모•Report

lvenable 2년 전 4
It was not a "rant". He specifically replied to the uploading of realtime CVR data, and I believe he made valid points concerning the logistics of doing so.
응답 ↓•퍼머링크•모•Report

Agree and CVR data should be uploaded in real time increments also. Enough of this privacy nonsense. The flying public's lives are worth more than some pilots babbling.
응답 ↓•퍼머링크•Report 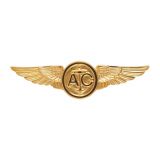 Ricky Scott 2년 전 2
I worked in Flight Data Recorders and I can tell you the amount of data that goes across ever 1/4 second would be a night mare just for 1 airplane let alone 100s per day.
응답 ↓•퍼머링크•모•Report

Cansojr 2년 전 1
I agree as well. Passenger safety is paramount beyond any theoretical gibberish that aviation communication is trumped (no pun) by passenger safety. More than a billion people fly each year. Every one of them is priceless. Please contemplate that idea instead.
응답 ↓•퍼머링크•모•Report 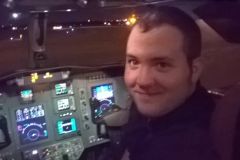 Seth Anderson 2년 전 -1
While we're at it maybe we should require everyone to be monitored while they're driving. Enough of that pesky privacy nonsense. The driving public's lives are worth more than any conversation you could be having. That and I'm fairly certain wayyy more people die in cars than in planes. I'm all for increased safety though. While we're at it we should probably require that all maintenance technicians also be monitored/recorded and publicly disseminated. That way we really know that they're only talking about things that are pertinent to the safety of the aircraft. Or really just anyone who even looks at the plane before a flight. Safety safety safety. And think of all of the wonderful jobs you'd create policing everyone's conversations.
But seriously...
You want to ensure added safety beyond some pilots babbling? Maybe require companies to spend more than 4-5 days training someone on their "new" aircraft. Or have them change rest requirements. Or work hour requirements. Or pay requirements<-(my favorite idea thus far).
We should probably do all of that. Because flying isn't anywhere near the safety mode of transportation........
-Pilot babbling
응답 ↓•퍼머링크•모•Report

You can whataboutism all you want be we are not talking about cars. You can have that conversation on a car forum I suppose. Pilots are responsible for hundreds of lives at a time. Since when is serving the public considered a privacy issue? Union nonsense to cover up what we all know and that is pilot error is still, by far, the major cause of accidents.
응답 ↓•퍼머링크•모•Report

Greg S 2년 전 -2
Agreed, plus most of the privacy concerns can be alleviated by only accessing the pilot voice (and hopefully someday video!) under strict rules to be negotiated by the pilot unions, the airlines, and civil aviation bodies. The point is to have the data retained when it's needed, not to listen on pilots' conversations.
응답 ↓•퍼머링크•모•Report

Cansojr 2년 전 0
It takes a little more than 4-5 days to convert to a new aircraft. It can take as long as two months. You are not aware how long these ground schools last before you get near a simulator or the aircraft itself. I am afraid you are not aware of the nuances of learning to fly a heavy jet. You don't kick the tires and the engines are turning.
응답 ↓•퍼머링크•모•Report 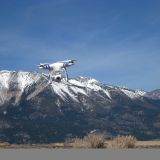 Andrea Franzoni 2년 전 -7
Hi Sara! I saw your last name: where are you from?
응답 ↓•퍼머링크•Report

lvenable 2년 전 1
That would be the person who posted the article.
응답 ↓•퍼머링크•모•Report

ton da 2년 전 -2
Emphasize the cost/benefit to owners and airlines, then they'll get on board. Particularly if the information is shared...wx diversions, winds. And eventually more efficient ATC/preferred routing/levels.
응답 ↓•퍼머링크•Report