2년 전 제출됨
In essence, these critics say, Boeing’s response to the challenge posed by Airbus was bumping passenger safety to a middle seat in economy class while financial considerations were upgraded to First Class. Boeing denies this (www.eetimes.com) 기타...

Shenghao Han 2년 전 13
So how would you like Boeing to fix the issue? By retiring 737 MAX altogether and or declare 737MAX a new type and ask airlines speed weeks if not month to retrain the pilots? Not happening.

This article have 0 common sense when talking (s**t) about 737’s engine placement. ALL aircraft pitch up when accelerating, this is due to wing aerodynamic tendency to pitch up when the wings generate lift (the airfoils commonly used on wings will generate a positive pitch moment, aka pitch up. You will need special airfoil to prevent it happening to flying wings like B-2 bomber) the tail plane is there to generate a normally negative force to balance it out, even in level flight. In addition, on aircraft with engines mounted on wing pylons, the engine will pull forward and try to rotate upward, just like if you have a pen laying on the table and push the tail perpendicularly to the pen, the pen will rotate upward...

The second effect is actually why most airplanes have their engines under and forward of the wing, because this way when the engines are running like in cruise conditions, there would be less stress and twisting in the wings, lightening wing structures.

As for 737 MAX, to make room for the larger LEAP engine, the engine mounting puts the engine higher further FORWARD makes it have LESS tendency to pitch with same thrust settings...Yes there will be some changes to the handling characteristics, but the general layout, dimensions, control characteristics are similar to NG, heck even 757 and 767 are sharing the same type rating and one of them is a wide body and the other is a narrow body... you don’t need to get a new license when you buy a new car do you? (Think type rating like this, you don’t need a new license when switching form a Civic to a Grand Cherokee, but you will need a new license to drive a Semi-truck if you never done so)

The problem why these 2 planes crashed are simple, poor machine-human integration and poor training. The former is Boeing’s fault for not indicating MCAS was activated (unlike stick shaker and stick pusher which have very physical indication when the yoke is shaking/moving). The latter is airlines’s (as well as Boeing’s) fault, pilots should actively disconnect all automated control/stability systems and revert to flying the aircraft themselves (If they done that they would disabled the auto trim, which will disables MCAS), and Boeing should have emphasized the MCAS addition to MAX when doing the “upgrade” training, especially when it is part of flight control system. (I think Boeing left out troubleshooting MCAS in flight manual because they expect the pilots will disable auto-trim when the plane’s nose started to dip unexpectedly.
응답 ↓•퍼머링크•Report 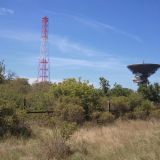 Boeing was thinking only about money
응답 ↓•퍼머링크•모•Report

Shenghao Han 2년 전 6
Why would they when they are already losing sales from Airbus?
And where do you base your claim? I would believe it when brand new 777s falling out of sky due to Boeing cheap out on material and installing old parts on new planes and selling those as new.

Boeing however made a mistake on thinking pilots would fall back to non-computer assisted flying, which in both crash case the crew didn’t or mistakenly thought disabling autopilot will disable auto-trim. And turns out later both 737 doesn’t have AOA indicator or instrument disagree indicator which may warned the pilots to give them situation awareness, both were options that those AIRLINES CHEAPED out on.

Boeing have faults, they tried to rush 737 into the market and in service, not because of money but because they are fighting to stay relevant to Airbus. FAA on the other had is doing the same, because Boeing jet is one of America’s biggest export, especially to countries like China they can’t sell missiles to. I am not saying that is the right thing to do, but they don’t exactly have a choice when someone else is taking away their bread and butter.

Last but not lest, in the end it was a software issue (unlike claimed by this “news article”), heck Airbus had a more prominent software error when their A320 “Landed” in the woods during an air show...
To Boeing’s defense, an aircraft’s computer system is always patched and way more complicated than your phone or your Audi Q7, when was the last time you heard Windows or your IPhone is new perfect and no longer need any updates? It will never happen until they decided no longer support your device.
응답 ↓•퍼머링크•모•Report

donhun1313 2년 전 1
MSM is blaming MCAS when in reality the question that should be asked is "Why are AOA probes failing on basically new airframes?". This and why did the pilots not pull the trim circuit breaker when the indications are awfully similar to a run away trim motor.

A faulty pitot probe was the mechanical factor in the crash of Air France flight 447. Resulting in a fleet wide replacement of the part

Interestingly enough one of the post investigation sugestions of AF447 was to add AOA indicators to the instrument panel but ultimately this was not mandated.
응답 ↓•퍼머링크•Report

Declan Boland 2년 전 1
I agree with your opinion as it reflects what I was concluding also.
응답 ↓•퍼머링크•Report

sparkie624 2년 전 1
I agree as well... I think they need some hardware design changes.. 1 in particular, A guarded push off switch for starter on the Glare Shield in easy reach of both crew members!
응답 ↓•퍼머링크•Report

bigkahuna400 2년 전 1
Dont forget the only thing "new" on the 737 Max is the engines and software, some cockpit instruments (part of the issue I guess), everything else is the same old plane. They did not do a build from scratch because Southwest did not want to wait another 5 yrs for them to do it and needed to order hundreds of them...So, some spit and tape and new engines and you "almost" have a new airplane...
응답 ↓•퍼머링크•Report

Michael Enzmann 2년 전 1
If you had been following the 737 MAX development, you would know it is hardly old except for the engines. Hesitating to rely on memory, it was June, 2015 when assembly started on the new wing design, designed for the increased engine weight and also to incorporate the blended winglet. New design upper and lower skins, stringer and spars - isn't that really a new wing? Tail may look the same but Boeing states redesigned tail and tail cone. History also shows the fuselage has changed considerably from the -200, partly due to lessons learned from the Aloha incident. As a person reads the details there seems to be very little carry over except for the basic design parameters. Marketing hypes the stubby landing gear limited engineering to install an engine with a fan that has less wind resistance than the larger fan A320 so one needs to separate the marketing hype from oh darn, we're screwed on that. From project initiation in 2011 to first flight at the end of 2015 doesn't sound rush rush when one compares to neo project starting 8 months earlier and neo first flight 15 months earlier. In other words the neo, by the numbers, was the more rushed program especially considering the neo needed to work in 2 different engines, one of those being much heavier requiring significantly more wing structure.
응답 ↓•퍼머링크•모•Report

chalet 2년 전 1
I have been trying, unsuccessfully so far, to find out if pilots flying the Max 8 in the United States, Continental, Delta, American, Southwest, etc. have experienced the same damn crazy MCAS induced pitch down as Lion Air and Ethiopian and if so what actions they took to save crew, passengers and plane, and what prompted them to take those actions.
응답 ↓•퍼머링크•Report

bbabis 2년 전 -1
The airframe is not faulty. Boeing made the mistake of trying to make one airplane "FEEL" like it flew like another instead of simply saying this one has different characteristics and pilots need to be aware of this. A C182 has a heavier more powerful engine up front than a C172. Part of transitioning from a C172 to a C182 has always been making pilots aware that if you trim off control pressure during low power such as approach and landing, be very careful applying power and be ready on the trim. The plane can pitch up severely. No MCAS needed on C182s to make them fly like 172s, just pilot training!
응답 ↓•퍼머링크•Report