2년 전 제출됨
That daily Airbus A380 flight over North Texas is more than a photo opportunity for plane spotters -- it’s bringing in more than $400 million a year for Australian carrier Qantas. (www.dallasnews.com) 기타... 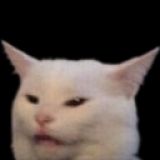 Coalora 2년 전 28
A peek behind the paywall for you, friends:


This six-day-a-week flight from DFW Airport brings in over $400 million a year
International routes generate the most revenue for airlines, even with fewer flights.

That Airbus A380 flight over North Texas six times a week is more than a photo opportunity for plane spotters — it’s bringing in more than $400 million a year for Australian carrier Qantas.

The DFW-to-Sydney flight is the highest-grossing flight from DFW International Airport, according to aviation data firm OAG. It’s one of nine flights that brought in more than a quarter-billion dollars between June 2018 and May of this year. It made $428 million for Qantas during the period.

The data from OAG shows exactly how lucrative those long-haul flights can be to carriers like Qantas and American Airlines. On Monday, American announced it will launch a new nonstop 15-hour flight from DFW Airport to Auckland, New Zealand, in October 2020.

It’s part of American’s growing strategy to connect U.S. passengers to the rest of the world through DFW.

Airlines have responded by adding more routes and seats for foreign-bound travelers. International traffic to and from DFW grew 30 percent between 2013 and 2018 to 8.74 million passengers, according to airport statistics.

Routes from DFW Airport to London and Tokyo can bring in as much revenue as flights to more frequent spots such as Los Angeles and Chicago. OAG doesn’t have data for Southwest Airlines, which doesn’t share its fare information as freely.

“The majority of the top 10 markets undoubtedly meet performance expectations, but it’s important to point out that highest-grossing doesn’t always equal highest profitability in the airline business,” said Will Berchelmann, director at Dallas-based Airline Data Inc. and Volaire Aviation Consulting. " In some situations, flights between an individual city-pair might lose money on a standalone basis, but they operate because of the positive revenue contribution they make to an airline’s network."

That’s the case for Qantas and American, which have a strong partnership and can use that Sydney to Dallas flight to connect passengers to hundreds of destinations in the U.S. and Australia.

Of course, the Qantas flight to Sydney has some advantages over competitors. First, it’s on an Airbus A380, one of the largest passenger airplanes in the world that can carry about 485 people. That’s nearly triple the passenger load of a 737. It’s also one of the longest nonstop flights in the world, taking 16 hours to fly to the Australian city.

The Qantas flight to the Land Down Under flies brings in about $628,000 per flight, nearly 3 times as much as higher-frequency routes to London Heathrow Airport or Los Angeles International.

American’s DFW-to-Heathrow route was the second-highest-grossing route with $421 million in revenue, but flying almost four times as often as the Sydney flight.

High-demand international routes are among the highest-grossing, at least per flight. The DFW-to-London flight brings in about $173,000 on each flight and DFW-to-Tokyo Narita Airport makes $197,000 per trip.

DFW’s most frequent flight, the American Airlines route to Los Angeles, ranked third with $324 million in revenue followed by American’s flight to Miami, with $317 million.

Another American hub in Charlotte was the fifth-highest grossing with $302 million in revenue.

“The bottom line is that the top-grossing markets are a reflection of the strong DFW hub, which has increasingly added more and more connecting passengers this year as American has expanded to over 900 daily flights,” Berchelmann said.
응답 ↓•퍼머링크•Report

markdickinson 2년 전 24
Revenue. Not profit. Because it brings money in, doesn't necessarily mean its a lucrative. Have to have the cost side in as well.
응답 ↓•퍼머링크•Report

joel wiley 2년 전 3
This didn't come from a paywall:

Glen England 2년 전 1
Something else to keep in mind, this link is from an article that was written 4 years ago, so the dollars and cents here would be those of 4 years ago. It mentions Jet-A costs of $1.21 a gallon. Jet-A is currently $5.25 per gallon but I'm fairly certain when you are Qantas or American Airlines buying thousands of gallons at once a pretty big discount is likely in order.
응답 ↓•퍼머링크•모•Report

joel wiley 2년 전 1
Is the bird owned or leased? If owned, it makes send to use them on the higher revenue routes to offset the higher TCO. If leased, would it make sense to renew?
응답 ↓•퍼머링크•모•Report

djames225 2년 전 2
I was adding to your comment ie a D-Check, unless the "quoter" included that in cost of the airframe.Then added ,what I thot, was a logical question. If Qantas makes that revenue using a guzzler A380, how much could they make using a triple 7 or A350. For some reason, judging from the vote system, I presume those questions are not allowed to be asked.
응답 ↓•퍼머링크•모•Report

joel wiley 2년 전 -3
If you select any number between 0 and 9, someone will down vote it. The dogs bark but the wagons roll on.

Would the net profit offset the costs of a warehousee whale?
응답 ↓•퍼머링크•모•Report

djames225 2년 전 2
I would think that would depend on how much was paid for said whale. Yes it would make perfect sense using, in this case the A380 whale, on a higher revenue run. Now I'm wondering about United's 787-9 run IAH to SYD
응답 ↓•퍼머링크•모•Report

RECOR10 2년 전 -1
Please Mark, do not let the realities of a budget get into the delusions and assumptions of the masses. Simply, that does not work in the modern news cycle in the United States.

Plus, if I am not mistaken every time an A380 takes flight a few baby seals die.
응답 ↓•퍼머링크•모•Report

Larry White 2년 전 4
Being as I live in n-w Arlington,Tx., I'm in the flight path of this magnificent a/c, has it's own distinctive roar. The schedule has changed since darkness comes sooner now,,arrival in early afternoon and departures after 8p.m. Texas time resulting in less sitting time at Terminal D. Also we visit Founder's Plaza, n.w. end DFW, few times a wk to 'spot' a/c. Bideing my time when we can make this journey to the "Land down-under".
응답 ↓•퍼머링크•Report

josh homer 2년 전 0
I love Founder's Plaza. We go a couple times a month. They just need bathrooms, and another spotting area on the South end of the airport.
응답 ↓•퍼머링크•모•Report

Amazing: Qantas Makes Huge Profit On A380 Flight From Dallas To Sydney

With everyone talking about Project Sunrise, research flights, Dreamliners, and pickle forks, some standout performers in the Qantas stable sneak under the radar. One of those standout performers is QF7/8, the A380 Sydney – Dallas – Sydney service. In the year ending 30 June 2019, this six-day a week service made Qantas a lazy USD$428 million in revenue. In the same period, total revenue for Qantas international operations was USD$5.132 billion. Qantas flies to 27 destinations in 14 countries. Some cities, such as Auckland or Singapore, have multiple city pairings operated by Qantas. But this one route, a 17-hour nonstop slog in an aircraft many decry as uneconomic to operate, brought in over 8% of total revenue for Qantas’ international operations last year. That’s not bad for a route that raised some eyebrows when initiated back in 2011.

Braniff77 2년 전 1
This Forbes article has the top ten routes globally. British Airways Heathrow-JFK is #1 with $1.16 Billion in revenue. The top US domestic route is United's EWR-SFO route, at $689 million.

paul gilpin 2년 전 0
that may be true due to the revenue issue.
however.
if you look at the shear volume of traffic, LHR/JFK is nowhere to be found in, the top routes for butts in seats. something like thirty or some such.

Michael Enzmann 2년 전 1
Is their revenue measure by actual passengers flown or by revenue seats available? Do airlines actually make numbers available outside their company as to profitability? Super for Qantas an AA if Qantas can fill every A380 with high revenue fliers. In the past I have seen some really attractive Qantas prices through non-Qantas sites so are discounted fares taken into consideration, discounted in order to fill?
응답 ↓•퍼머링크•Report

Wolfgang Holst 2년 전 1
Have air freight revenues been factored in? These amount to a lot!
응답 ↓•퍼머링크•Report

Ian Hogarth 2년 전 1
I don't think there is any freight revenue for Qantas. They need empty seats on the west bound journey just to get home. Occasional head winds necessitate a stop somewhere in the Pacific for more fuel, or Brisbane.
응답 ↓•퍼머링크•모•Report

Coalora 2년 전 1
Also, in addition, there is a chart embedded in the article I've reproduced below:

Hal Morris 2년 전 1
And as a regular user of the flight alternatives were actively canvassed.

the flight was sensational and direct though the journey through US customs always added an additional 2-3 hours just getting to the desk..

maybe that has changed i the last 5 years??
응답 ↓•퍼머링크•Report 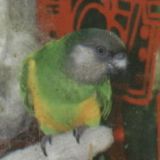 Mike Williams 2년 전 -5
Given any choice, I will not go back to Texass.
응답 ↓•퍼머링크•Report