During the Vietnam War, the women who served on special Pan Am flights flew into a war zone to transport soldiers. Why has their role been forgotten?

1년 전 제출됨
In the winter of 1968, a Boeing 707, heavy with American troops and body bags, took rounds of antiaircraft fire immediately upon takeoff from Tan Son Nhut Air Base in Saigon. At once, a right engine burst into flames. It was the middle of the Tet Offensive, when coordinated Viet Cong raids pounded American installations in South Vietnam. A GI sitting by the wing spotted the engine fire outside his window and caught the attention of one of the stewardesses, Gayle Larson, then 25 years old, who… (www.washingtonpost.com) 기타...

linbb 1년 전 10
How great a service they preformed for those GIs during the flights but just like the female ferry pilots of WW2 did not get what they deserved.
응답 ↓•퍼머링크•Report

Robert McNab 1년 전 3
I will NEVER forget returning from Vietnam 1n 1970 on a charter 707. Upon touchdown in Seattle, the stewardess announced "Gentlemen, welcome to the United States of America".
To us soldiers, many of which thought they may never return home, these were the most wonderful words they ever heard.
I still think of that moment often.
응답 ↓•퍼머링크•Report

Ric Wernicke 1년 전 2
These ladies are as important as those that built the P51's in El Segundo and the mathematicians that did the calculations first by pencil, and later by computer at JPL that made jet engines and spacecraft part of our lives.

The Pan Am ladies also deserve recognition by a grateful nation for their service.
응답 ↓•퍼머링크•Report

Robert Cowling 1년 전 2
And the ferry pilots, the women that flew planes across the Atlantic Ocean to deliver them. My mother knew quite a few in this state that performed that service, and were deliberately forgotten. I met one of those women decades ago. The stories she told. People don't realize it, but quite a few of the planes never made it across the ocean. They failed, or were intercepted in route. A lot of gutsy women pilots lost their lives flying those planes, and the public at large has totally ignored their contributions.

The misogynist bent in American society is depressing. Sure, everyone talks about 'Rosie the riveter', but now Mary the pilot, or Sue the gunner. It's damned sad...

Women stepped up! Women LEAPT up! They need to be recognized for their contributions as much as men. Without them, the war would have been lost.
응답 ↓•퍼머링크•Report

Robert Cowling 1년 전 2
Oh, you think you are the clever one, don't you.

I grew up with a strict, by the book father. He actually served in all the wars the chicken hawk republicans you love tried everything to avoid. (He even once said that it was a 'damn good thing GW Bush didn't serve in Vietnam. My bother asked why, and for the only time, my father had the hair standing up on the back of my neck when he said, under his breath 'We had ways of dealing with asshole like that'. My bother was clueless, but I knew what he was referring to. If DID happen, and was probably well earned too.

But, anyway... Back, a few years before he died, we got into a philosophical discussion, and the topic swayed into politics. I had always assumed, being so straight laced, and tough, that he was a died in the wool republican. So a I finally asked him. His response kind of blew me away.

He said, and I paraphrase because I don't remember his exact words, but he said something pretty close to: 'Why the hell would I vote for the cowardly assholes that sent me and my friends to die in some jungle half way across the god damned planet! They should have fought their own damn wars! We weren't sent to win! We were sent to die! And they shit on us veterans that survived every chance they get! I'll never vote for a republican ever!'

He served in Korea, Detroit (the race riots), and two tours in Vietnam. 'President' trump? FIVE deferments! GW Bush? Stopped flying in the 'Champagne Fliers' air national guard after they instituted mandatory drug testing for ALL pilots. Really. Look it up.

Continue voting for the cowards. Continue slagging 'libtards' and all the rest.

And look at your life, and imagine if the GOP ran the country unopposed for 50 years. Imagine the hellscape this country would be. Wars don;t make people great, because if they did, Captain Bonespurs would have served!
응답 ↓•퍼머링크•모•Report

Robert Cowling 1년 전 1
Sorry, 80 years. War without end... A ruling class playing chess with the rest of the nation. Send OUR kids into war, and their kids were left to soak up alcohol, drugs, and sleaze around. USA!!! USA!!! USA!!!
응답 ↓•퍼머링크•모•Report

Tom Bruce 1년 전 1
seems Kennedy and Johnson got us into Nam...dems? I think so... Clinton dodged the war... Bush got into a unit that would never be deployed... both cowards?

bentwing60 1년 전 1
As if the oft offended party is apolitical, 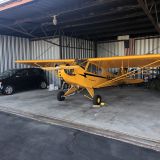 Tom Bruce 1년 전 2
CO from Bangkok - to Okinawa - to Travis Nov 1968... we all cheered when we landed... then grew my hair out and didn't tell anyone I served when back in college... it was the times
응답 ↓•퍼머링크•모•Report

mary susan watkins 1년 전 1
these "stewardesses" (no men and not called flight attendants at that time)deserve credit and praise for serving the u.s. at at serious time,whether you called it the Vietnam war or a military action..continental airlines had a similar "hop" service with their crews and flight attendants,for military personnel...
응답 ↓•퍼머링크•Report