10년 전 제출됨
In response to some questions raised on my previous squawk linking my recent CNN piece about aircraft spacing, I'd like to share this article that goes more into detail with regards to delays and why they happen. I plan on delving even deeper into this subject with FlightAware in the near future. I know there is a lot of curiosity with this topic. Thanks for reading. (www.cnn.com) 기타... 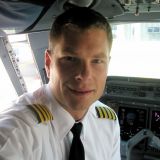 Daniel Fahl 직원 저자 10년 전 0
Richard - The antiquated system that ATC works with is a hot topic amongst all aviation professionals. The proposed NextGen ATC system would increase efficiency immensely, but it is costly. There are hoops to jump through to justify such an expense at a time when our national budget is being squeezed so tightly. I could easily write a book on all of the issues and topics that come about with regards to the national airspace system. The articles that I write for CNN are heavily limited in word count to around 600 words or less. I cannot squeeze everything that I would ideally like to discuss into one article. I'm also not in the business of pointing fingers, as these issues are so complex that there is always more to the story than you and I will ever know. My goal is to educate the flying public on the current plight of the air traffic system. When the next wave of technology comes about, I will surely discuss it then.
응답 ↓•퍼머링크•Report

richard weiss 10년 전 0
Completely understood, Daniel. The budget constraint argument wears thin when we consider the amount we pay in fuel taxes to the Aviation Trust Fund. That money is, in theory, designated for maintenance and upgrade of the Aviatiion infrastructure. The ATC system is part of that. However, that money is hoarded by the a few non-appointed, non-accountable, senior managers at FAA. These people make a career out of studying the problem, not solving it. NextGen may help, but the best way to solve the problem is for Congress to man up and call the individuals in question on to the carpet. If they felt threatened, we'd have NextGen tomorrow.

You do a great job of explaining the system to the public. Keep up the good work.
응답 ↓•퍼머링크•모•Report 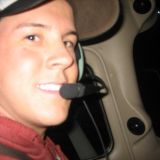 richard weiss 10년 전 0
The fact that the USA has an antiquated ATC system was not mentioned. The fact that ATC controllers are trained to protect airspace without regard to the amount of traffic flowing through it was not mentioned. This is not an attack on individual controllers. The Washington nest sitters at the FAA run little fiefdoms that could care less about the problems in the field, as long as their kingdoms remain in tact. Now, let's hear from someone that says I'm wrong.
응답 ↓•퍼머링크•Report

ATCguy1 10년 전 0
I'm not going as far to say that your wrong but would like to know what you meant by stating: "The fact that ATC controllers are trained to protect airspace without regard to the amount of traffic flowing through it was not mentioned".

Also, do you feel that NextGen will greatly improve the antiquated ATC system or is it a waste?
응답 ↓•퍼머링크•모•Report

richard weiss 10년 전 0
For example, an arrival for PHX is brought down from cruise to FL240 as far as 300nm out to accommodate flow to LAX. Are you going to defend the fact that is necessary? I've had it explained to me by center supervisors that it's necessary to protect the LAX flow, whether or not an aircraft is there, to make it easier for the controller. Gee, I thought it was all about flowing the aircraft, not keeping the controllers heartrate down.

From a NextGen approach, I really can't speak, but it will have to be an improvement.
응답 ↓•퍼머링크•모•Report

richard weiss 10년 전 0
No. It's done to protect the airspace for an arrival flow to LAX. If an aircraft is safe at FL410, why would it be necessary to descend nearly 200NM before the arriving at the top of descent point of the profile? Answer- to protect the flow route for LAX whether or not another aircraft is using it. The result is millions of gallons of fuel wasted so that controllers don't have to make a phone call. I use the PHX/LAX example as one of many such problems that exist all over the country.
응답 ↓•퍼머링크•모•Report

ATCguy1 10년 전 0
Richard..I agree with your example and don't think it is necessary. Hopefully when NextGen comes out in full swing, it will alleviate such procedures. I work at a tower so I don't work the high altitude stuff but can defiantly attest that changes need to be made.
응답 ↓•퍼머링크•모•Report

richard weiss 10년 전 0
Normally, the most efficient ATC operation is tower. I find it amazing how one person can direct so many aircraft, near perfectly.
응답 ↓•퍼머링크•모•Report

David Sims 10년 전 0
Even with modernized ATC, there is still only a finite amount of concrete to land and takeoff on. Airlines have to start scheduling off peak. Many hub airports are scheduled at or even slightly above capacity in good weather. Bad weather, runway closures, accidents, even a go around, can create delays that may take hours and sometimes days to sort out.
응답 ↓•퍼머링크•모•Report

dmanuel 10년 전 0
How wil the FAA Next Gen promise of direct routes and reduced separation separation work? It seems the arrival & departure congestion and required routing (as described) would preclude much of the touted benefit.
응답 ↓•퍼머링크•Report

Daniel Fahl 직원 저자 10년 전 0
Next Gen technology will provide more rapidly updated depiction of aircraft positions. The current ground-based radar system displays a delayed view of actual aircraft position. Because of this delay, tolerances must be manually built in to provide a safety buffer since truly exact position is not known. By knowing exact aircraft locations, those tolerances can be reduced, thereby reducing necessary separation.
응답 ↓•퍼머링크•모•Report

Terry Gaus 10년 전 0
While it is true that uncertainty of actual aircraft position is one of the reasons for an increased separation requirement, this uncertainty is not due to a "delayed view" on a controller's radar scope. Rather, various systemic errors are inherent in the design of the current radar-based air traffic separation network. For example, radar enables the indirect measurement of an aircraft's slant-range distance from the radar antenna (based on the time taken to receive a return) as compared to the actual lateral distance from the antanna - this error increases with aircraft altitude. Other uncertainties are due to mosaicking of radar returns from vaious radar sites (each with various slant-range distances and uncertainties), inherent error margins in aircraft navigational systems, altimeter uncertainties, etc. All of these contribute to a need for safety buffers for aircraft separation. NextGen addresses some of them, but it is not a panacea.

At the end of the day (or, more accurately, at the end of the flight), many aircraft are competing for a limited set of runways, so the promise of NextGen will simply move the congestion from the enroute phase to the terminal phase. Things haven't changed much since Arthur Haley wrote "Airport" back in 1968 ... a key component of a more efficient air transportation system is a more robust network of airports, but few people want an airport in their back yard.

And, not to be overly critical by the by, as aviation professionals let's purge the word "tarmac" from our writing and let that be for uninformed journalists. The proper term is "ramp", "taxiway", "runway" ... tarmac is a construction material that has not been used outside of third-world countries in half a century.
응답 ↓•퍼머링크•모•Report