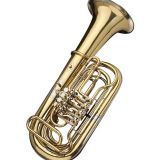 tuba 7년 전 1
And mine was a duplicate, too, despite having searched and checked first. Oh, well... the road to hell is paved with good intentions...
응답 ↓•퍼머링크•Report

Wolfgang Prigge 7년 전 1
This post is a duplicate. A better quality version of this video was posted three days ago.
응답 ↓•퍼머링크•Report

Wolfgang Prigge 7년 전 1
tuba, sorry, my reply was not directed at you but at Matt Tran. I posted it on his squawk and I have no idea how it ended up on your squawk.
응답 ↓•퍼머링크•모•Report

There have been several attempts at depicting flight paths around busy airports and around the world, some more successful than others. One of the coolest visualizations has recently come out of Europe though a British company called NATS, which offers a variety of aviation-related solutions.

Titled Europe 24, NATS' video depicts actual flights arriving at and departing from the area around London, England. High-tech looking blue paths track perfect rows of airplanes flying across the Atlantic to and from the United States, flight paths within Europe and holding patterns and approach paths around London. The tracks amalgamate data during two 24-hour periods: one from U.K. radar sources on June 21, 2013, and the other from European flight plan information on July 28, 2013.