7년 전 제출됨
A plane flying from New York to London Heathrow hit near supersonic speeds yesterday after getting caught up in a powerhouse jet stream. British Airways Flight 114, a Boeing 777-200 jet, took off from JFK at 10.50pm Eastern Standard Time (EST), and landed at 9.06am local time at London Heathrow. (www.dailymail.co.uk) 기타...

Gabriel Hoag 7년 전 1
I'm not sure why this is news, this has been happening quite a bit recently, with the jetstream being where it is. I've seen quite a few planes grounding over 1200 km/h crossing the Atlantic. (Eastbound of course)
응답 ↓•퍼머링크•Report

Ricky Scott 7년 전 1
Tried to edit and it cut it short. Think it was a record run for a Non Super Sonic jet with a ground speed over 700. Normal is 550 or so and a 7 hour trip.
응답 ↓•퍼머링크•Report

Ricky Scott 7년 전 1
Wonder why it made news looks about the same but they said it was a record ??
응답 ↓•퍼머링크•Report

Falconus 7년 전 0
Speed of sound is in relation to the air around the aircraft. If you are flying with a 200mph tailwind, then the speed of sound would be whatever it normally is plus 200mph. I really doubt that this Boeing 777 was almost supersonic.
응답 ↓•퍼머링크•Report

bentwing60 7년 전 2
Close, but the speed of sound is whatever it is period, no plus or minus for wind! Speed of sound depends solely on the density of the medium through which it travels. Speed of sound at sea level, about 760 MPH. At FL450, about 650 MPH. The 777 was probably cruising at around .84 Mach or 84% the speed of sound, then you get the groundspeed by adding the tailwind. TAS was around 460 Knts. I'm guessing that's what you meant to say but didn't exactly.
응답 ↓•퍼머링크•모•Report

preacher1 7년 전 1
Now here I tried to be the no comment one by basically saying nothing and here you are the one that jumps in with a correction. LOL. I will add though, while I am in here, that you are very correct. There is a lot of confusion at times of ground speed and KTS(TAS) but as usual, your clarity is impeccable
응답 ↓•퍼머링크•모•Report

bentwing60 7년 전 1
Thanks, didn't man to steal your thunder, just thought this would be a noncontroversial clarification for what trips a lot of folks up. That would be TAS, IAS, GS, and Mach. The numbers and differences get much bigger in the flight levels as you well know. Cheers!
응답 ↓•퍼머링크•모•Report

preacher1 7년 전 1
You gotta admit that it sounded good and was a wonderful PR ploy for SpeedBird.
응답 ↓•퍼머링크•모•Report

Ricky Scott 7년 전 0
Thanks for the negatives, I was just reporting what King 5 News reported. Hope you find some meaning in your life.
응답 ↓•퍼머링크•Report

Aided by the wind, a Boeing 777 crosses the Atlantic in record time.

Also reported here: http://www.telegraph.co.uk/news/worldnews/northamerica/usa/11337617/Jet-stream-blasts-BA-plane-across-Atlantic-in-record-time.html
Concorde may have been retired but a British Airways passenger jet approached supersonic speed this week as it rode a surging jet stream from New York to London.
The Boeing 777-200 jet reached a ground speed of 745mph as it rode winds of more than 200mph across the Atlantic. At ground level, the speed of sound is 761mph.
The happy result was a flight time of just five hours and 16 minutes for BA114, which arrived an hour and half before schedule, according to the tracking website, FlightAware.
Dozens of other flights also benefited from the jet stream’s winter surge, but those same windshave also triggered severe storms across Britain.

A British Airways flight almost reached supersonic speeds as it zoomed from New York's JFK Airport to London's Heathrow in just five hours and 16 minutes, arriving 90 minutes before it was scheduled. 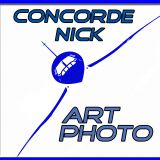 A plane flying from New York to London Heathrow hit near supersonic speeds yesterday after getting caught up in a powerhouse jet stream.
British Airways Flight 114, a Boeing 777-200 jet, took off from JFK at 10.50pm Eastern Standard Time (EST), and landed at 9.06am local time at London Heathrow.
The total flight time was five hours and 16 minutes, well short of the estimated minimum six-hour journey.

Made King 5 News here in Seattle. They caught a heck of a Jet Stream run and set a record or near record (missed that part) in atlantic 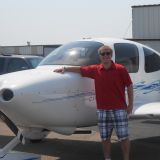 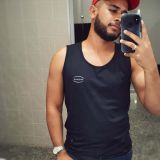 A British Airways flight traveling from New York to London Heathrow broke a record as it approached the speed of sound after riding a powerful jet stream, making the journey in just over 5 hours.

Transatlantic passengers taking the JFK to Heathrow red-eye got a helpful boost from stronger-than-average winds, reaching near-supersonic speeds and cutting 90 minutes off the scheduled flight time.