canuck44 7년 전 3
Another article in USA today states the aircraft is set up to cater to the petroleum industry and will only have 44 seats. I suppose this will make 4900 miles (direct) a little more tolerable, but I will not be surprised if there is the occasional fuel stop along the way on the East to West leg.
응답 ↓•퍼머링크•Report

PhotoFinish 7년 전 1
The 737-700ER VIP would be better than a much smaller business jet, either with or without an extra fuel stop on the smaller plane.
응답 ↓•퍼머링크•모•Report

Clint Hager 7년 전 1
This had been done before. KLM flew a 737-700 for several years under wet lease from Privatair. All biz class from AMS to IAH, non stop. It is really a 737 BBJ jet. The BBJ ride as reported by friends was quite nice. all biz class for the oil crowd low density, 11 hrs. over 5K miles. The SVG route shows 4800. KLM also flew a daily 747 combi.
응답 ↓•퍼머링크•Report

PhotoFinish 7년 전 1
SAS may be flying the same metal, as they are also wet-leasing a 737-700ER BBJ from PrivatAir, just repainted in their own colors.

Hope they can make it work. Apparently, it didn't work out for KLM.

SAS has the additional benefit of flying into a large Star hub. Too bad SAS doesn't have a 787 to put on this route. The Dreamliner might be a more appropriate fit for the route.

Somehow, I don't see Norwegian being willing to share one of theirs with SAS.
응답 ↓•퍼머링크•모•Report

Neil Solis 7년 전 1
This is so stupid. Atleast make it in oslo not in stavanger. I dont see anyone who's taking a vacay form KIAH to ENZV. Although tavanger to oslo is a 50 minute plane ride, id still take united houston to jersey then jersey to oslo. Seriously though They should change this to oslo
응답 ↓•퍼머링크•Report

PhotoFinish 7년 전 1
Think of it more as an all-Business-class super-sized business jet, rather than a typical commercial airliner, just with an SAS printed on the side. This flight is responding to a particular market demand to fly oil industry workers on short notice at high fares between the North Sea and Texas.

Unless you regularly pay to fly business class to your vacation spots, then this flight isn't for you anyway, so do just keep flying United through EWR to Oslo, or whichever other European city you may want to fly to. That's an entirely distinct passenger market.
응답 ↓•퍼머링크•모•Report

But SAS doesn't have any on order. OTOH Norwegian already has some and is expecting many more.

If the SAS all-Business class plane wet-leased from PrivitAir works for this route, then a 787 on this route would want a heavy premium seat ratio, which wouldn't be a typical Norwegian configuration anyway.

But an SAS 787 would give much more revenue opportunity at a better efficiency than even the 737ER VIP setup. Their A330s and A340s would be overkill for this route and wouldn't be very efficient, so costly to operate.

At least the wet-leased plane allows SAS to experiment with this route, without too much investment nor commitment until the route proves itself. But it's a shame, they don't currently have the fleet to capitalize even more on this route if it proves to be sustainable and profitable.

With Houston being a Star partner United major base, SAS could connect lots of premium AND economy traffic through there to both United's network and other Star airlines' flights into Houston.

The currently announced flight is a decent trial run, but doesn't adequately exploit the opportunities available to SAS at Houston.
응답 ↓•퍼머링크•Report 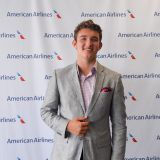 ALLAN LEEDY 7년 전 -1
The worst of it? At the end of the flight you are in Houston. Or Stavanger.
응답 ↓•퍼머링크•Report

Thomas Horstmann 7년 전 -3
Allan.... you are spot on. I would rather fly to Bakersfield or Fresno than Houston or Stavanger.
응답 ↓•퍼머링크•Report 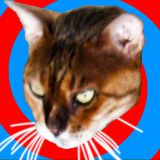 Scandinavian Airlines (SAS) announced Monday that it would add nonstop service to Houston Bush Intercontinental Airport. But SAS' new Texas service will go to the Norwegian city of Stavanger, bypassing the carrier's main hubs of Stockholm, Copenhagen and Oslo.