4년 전 제출됨
An Air Seychelles pilot and his co-pilot have been commended for avoiding what would have been a fatal mid-air collision with an Emirates A380 plane last week, reports said. (www.fliegerfaust.com) 기타...

patrick baker 4년 전 5
who would have been blamed if the mid-air collision occured? I have had controllers do goofy things to me, so it was very good the A330 guys had their heads out of the cockpit.
응답 ↓•퍼머링크•Report

patrick baker 4년 전 2
it is "old news", possibly by the calendar, but consider the ghastly feeling we would have when/if one of the 380's crashes. The eternal lesson here is as fascinating as your airbus video device in front of you is, eyeballs must be trained outside, always.
응답 ↓•퍼머링크•Report

Torsten Hoff 4년 전 2
That was more than eight months ago.
응답 ↓•퍼머링크•Report

william baker 4년 전 0
Well ya but in Phil’s with it is 8 months ago that or he just forgot her read the story. Lol
응답 ↓•퍼머링크•모•Report 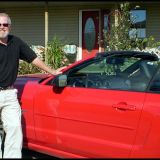 Phil Knox 4년 전 1
Was it ever reported on or posted here? I doubt it as it has just come to light in the media!
응답 ↓•퍼머링크•모•Report

Mephistopheles 4년 전 1
if you all do read "correctly" the page, the article was posted in February on the website. It's "new" to many for sure as well.
응답 ↓•퍼머링크•모•Report

Robert Fleury 4년 전 1
This incident shows what we were pretending in the 70s while fighting to implement bilingual air traffic control in Québec. Opposition to bilingualism asserted that the introduction of another language would prevent pilots in a flying environment from detecting communication errors between controllers and pilots. The controllers, who are solely responsible for the application of multilingualism, argued that in a highly radio segregated airspace, especially in terminal environment, pilots cannot safely contribute to the detection of errors based on a pseudo perception of the position of other aircrafts around and as a result, they pay little attention to conversations that are not explicitly directed to them.
As far as I could listen in this incident, there was no “accent” component in the conversations between Emirates and the controller. Why did the pilot got “three six zero” instead of “three eight zero”, 2 significantly different numbers? Why the controller did not detect the replay error? But that’s nothing: the controller goes on to pass opposite direction traffic: he tells Emirates that his traffic is the Air Seychelles Airbus climbing to FL370 while this crew is obviously descending to the read back altitude of FL360. Meanwhile, the Air Seychelles crew is told that their traffic is an Emirate Airbus descending to FL380 while only minutes ago, on the same frequency, the Emirate crew read back erroneously a clearance to Fl360.
The then president of CALPA in the 70s, after defending aggressively the unilingualism in ATC communications, resumed it all in his last answer to the prosecutor of the final Royal Commission of Inquiry in the matter:
Prosecutor: “Capt. XXX, after having followed and observed all the enroute and terminal simulation exercises over the last 2/3 years, you must have become a much more able listener than you were before?”
Capt. XXX: “You know, when I fly up there, it is so beautiful that I don’t pay much attention to what is going on around me.”
응답 ↓•퍼머링크•Report

Eric Forbes 4년 전 0
The term “near miss” is absurd. It should be described as a “near collision.” Good on the Air Seychelles crew.
응답 ↓•퍼머링크•Report