2년 전 제출됨
United Airlines Holdings Inc. placed an order for 50 Airbus A321neo XLR-variant. United is the third U.S. carrier to order the A321XLR after American and JetBlue, and they intend to replace their aging Boeing 757s and use them on certain existing trans-Atlantic routes, and explore using it to serve additional European destinations from hubs in Washington D.C. and Newark. (www.bloomberg.com) 기타...

Cris Pugh 2년 전 14
Saw this one coming eventually. The 57 is a great airplane, but at some point they need to be replaced.
응답 ↓•퍼머링크•Report 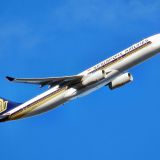 BIGDJB 2년 전 11
Boeing problems have created quite a mess and this is what we are seeing more of. Airbus is out selling Boeing at least 2 to 1.
응답 ↓•퍼머링크•Report

jhakunti 2년 전 4
Boeing and United used to be one company.
응답 ↓•퍼머링크•Report 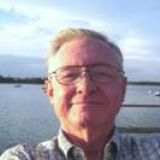 Rob Palmer 2년 전 0
Think federal anti-trust broke it up as it was too much monopoly with so many affiliates in the game, including an airline using the product.
응답 ↓•퍼머링크•모•Report

Mike Collyer 2년 전 6
Is this the Boeing that relocated HQ's to Chicago to be closer to UAL?
응답 ↓•퍼머링크•Report

Scott Hawthorn 2년 전 4
My understanding at the time was that the move was intended to avoid Washington State sales taxes on airplanes. This was a huge deal for them.
응답 ↓•퍼머링크•모•Report

Alan Macdonald 2년 전 3
Is it just me and memory playing tricks on me or did Boeings problems begin with this move ?
응답 ↓•퍼머링크•모•Report

jrollf 2년 전 5
Suposidly the transition to Chicago (and the drop in quality) occured once they purged the last of the engineers from corporate positions and replaced them with MBA types.

Rob Palmer 2년 전 4
Someone send a memo on this to GM management and stockholders. One good experienced engineer is equal to 100 MBAs, in my opinion, for a serious technical product.
응답 ↓•퍼머링크•모•Report

Mark Kortum 2년 전 3
I would not assume cause and effect but the decision to move and Boeing's problems were created by the same executives who have been so detrimental to Boeing.

Scott Campbell 2년 전 4
Long wait, but it was guaranteed without a 57 replacement, the thought of 100 max 10's at United is horrifying. the 9's take long enough to board already, but with the max problems they can demand discounts for years.
응답 ↓•퍼머링크•Report

Screw the 737 MAX
My personal opinion is that Airbus is better than Boeing for a variety of reasons, and that I have flown mostly Airbus aircraft.
응답 ↓•퍼머링크•모•Report 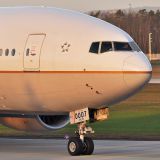 David Ehlert 2년 전 -3
Especially with all of the fumes related incidents with Airbus jets. Reading all of the Fume incidents on AVHearld makes me want to avoid A32x-xxx planes but alas, I can't.
응답 ↓•퍼머링크•모•Report

The legislation, introduced in the Senate by Sen. Richard Blumenthal, D-Conn., and in the House of Representatives by Rep. John Garamendi, D-Calif., would require commercial aircrafts to install, operate and constantly monitor carbon monoxide detectors during flights. It would also require flight attendants, pilots, aircraft technicians and first responders to undergo training at least once a year on how to identify and respond to incidents involving toxic fumes on aircrafts involving smoke or fumes.

The bill would direct the Federal Aviation Administration (FAA) to develop a standardized system for flight attendants and other airline crew to report incidents of smoke or fumes on board a commercial aircraft. Investigators would have to take place no more than seven days after an incident is reported to identify "any replaced, worn, missing, failed or improperly serviced components," according to a draft of the legislation. The agency would also be required to publish the data collected every three months on a public website.
"This legislation can protect the flying public and airline crews by ensuring the cabin air they breathe during flights is safe — free from any hidden and toxic fumes," said Blumenthal, who is a member of the Senate Commerce, Science and Transportation Committee.
응답 ↓•퍼머링크•모•Report

Jamy MOST 2년 전 1
best possible news for Airbus Company as A380 production is about to stop...
응답 ↓•퍼머링크•Report


Figure it out!
응답 ↓•퍼머링크•Report

Bill Christy 2년 전 1
So looking down the airstrip in 10 years, will the Fed have to bail out Boeing as it flounders, or should I say, falls from the sky in orders and sales? The future is not looking very sunny and clear for Boeing.
응답 ↓•퍼머링크•Report

mbrews 2년 전 -4
- OH great. Article says that United will use the A321s on European routes from IAD to Europe and EWR to Europe. Now MORE chances to spend 6 + hours in a single-aisle jet to Europe. I've tried those routes on a single aisle 757 and found it horrible. Sayonara United ; I'll just book on ANYONES twin-aisle jet for my future trans-Atlantic trips.
응답 ↓•퍼머링크•Report

dee9bee 2년 전 7
I've always wondered why some folks are so opinionated about wanting to fly TATL on the widebody vs the narrow body. The widebody seats are the same size, same seat pitch and at mealtime, BOTH aisles are blocked by beverage carts anyway. My only gripe would be having to make the occasional enroute fuel stop in the winter.
응답 ↓•퍼머링크•모•Report

mbrews 2년 전 4
Well then, choose all the narrowbodies you can find. How often have you done it? I've done MANY TATL on B757s ; I can tell you the single aisle DOES slow down the meal service significantly, leading to longer times until cabin lights go out. The twin aisle provides quite a few more AISLE seats (in absolute terms and in percentage terms) so that folks can walk around and avoid DVT. Why risk an unscheduled fuel stop that simply results in missed connections for plenty folks on-board?
응답 ↓•퍼머링크•모•Report

Wolfgang Prigge 2년 전 3
You are of course right about the advantages of a twin aisle, (number of aisle seats, meal service etc) but keep in mind that the A320 family has 6 inches more cabin width, so at least in the seat width category it still has an advantage, even over the 10 abreast B777 or the nine abreast B787.
응답 ↓•퍼머링크•모•Report

Wolfgang Prigge 2년 전 3
Sorry, should have clarified that the six inches wider cabin is compared to the B757.
응답 ↓•퍼머링크•모•Report

dee9bee 2년 전 3
If you prefer a ten abreast 777 to a six abreast narrowbody, fine. Making an assumption here at this point, but I expect the 321 XLR will eliminate the fuel issue or UA wouldn't have ordered the aircraft. I see your points, though.
응답 ↓•퍼머링크•모•Report

Lanny Word 2년 전 5
Most of EWR and IAD flights to Europe are 757's and 767's on US carriers now. So odds are you won't be on a 777, much less the dreaded 10 abreast, at all, especially on United. I personally love the 767 on those flights with the 2-3-2 configuration and those won't be around too many more years either.
응답 ↓•퍼머링크•모•Report

MultiComm 2년 전 1
I am with you on this. Single Aisle 3/3 configuration are hard enough domestically transcon. There needs to be more space on long international flights.
응답 ↓•퍼머링크•모•Report

s2v8377 2년 전 -1
No one has mentioned the fact that with this deal United has differed their A350 deliveries until at least 2027. I have included the link in this post to the official United press release.

art kochaphum 2년 전 -1
How about this about by May 2020 United will get new CEO :) And If ex United CEO would be new Boeing CEO Do not be surprise if B737 max still be grounding and not certify to taken flight ....Both UNITED an BOEING used to be one company and today they are located in the same Building in Chicago downtown :)
응답 ↓•퍼머링크•Report

Matt West 2년 전 1
I doubt that will happen. Scott Kirby is one of the reasons AS moved to Airbus BEFORE the US Airways takeover. As a guy who worked with Doug Parker at legacy AW, they introduced a heavy Airbus fleet. Given that just days before the CEO change was announced UA placed a major order for the A321, I don’t think there will be a huge shift to Boeing.
응답 ↓•퍼머링크•모•Report

William Pippine 2년 전 -9
I'd fly in a Boeing any day before an Airbus. Boeing makes great products, but has to compete against the British, French and German governments. To bad some foreign airlines don't teach their pilots had how to fly.
응답 ↓•퍼머링크•Report

Torsten Hoff 2년 전 7
If Boeing had a comparable aircraft to sell, they might have.

The A321XLR is a pretty unique and flexible aircraft, able to serve lower-volume transatlantic routes as well as short and medium-haul. While a 787 is arguably better for the former, it wouldn’t be for the latter.
응답 ↓•퍼머링크•모•Report