9년 전 제출됨
With little fanfare but lots of effort, the Boeing Company this week is completing all the tasks required by the Federal Aviation Administration to demonstrate the 787 Dreamliner is ready for a return to routine operations. FAA personnel have participated at each stage in the testing of a comprehensive fix for battery issues that prompted a global grounding of the planes in January, so the company is hopeful it will get quick approval for a return to flight in May. (www.forbes.com) 기타...

Kenneth Schmidt 9년 전 3
"....that problems with the lithium-ion batteries used on the plane were being exaggerated in the media."


I never read an exaggeration. I read about smoke, burnt up battery cells, and forced landings because of the batteries. I read about the fire on UPS because of those cells and saw the damage to craft N748UP in Philadelphia during 2006. In 1999 at an NWA cargo facility. The tragic UPS fire in Saudi Arabia in 2010. All of of which the NTSB investigated.

Those are facts, not fabrications or media hype.

Anyone who has ever done business at the Post Office has seen posters stating they do not accept Lithium type batteries for carriage.

Some people take the general public for fools and idiots (most of which are in the TV advertising business).

Yet, a "fix" was found without knowing the root cause? It's like taking your car to the dealer for cabin smoke, and being told it was "fixed' even tho they have no idea what caused it. If that strikes confidence in you, good.

But in a composite aircraft, that cannot withstand potential 1000° fires, I have a hard time feeling comfortable. Not when I see what happened to two other metal crafts. And if you consider that fear-mongering or media hype, the perhaps you are stuck in a paradigm that is a tad bit unrealistic.
응답 ↓•퍼머링크•Report 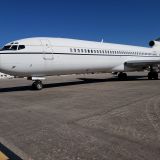 Steve Koskey 9년 전 3
Our government should do everything possible to help Boeing get the 787 back in the air. Airbus has their equivalent A-350 about ready to compete with the 787 and we will lose a lot of U.S. business and jobs if the 787 doesn't get back in the air soon.
응답 ↓•퍼머링크•Report

Roland Dent 9년 전 5
I don't think many in the industry realise it yet but this machine is a pivotal project for all future designs. As iconic as the 707 was some 55 years ago
응답 ↓•퍼머링크•Report

Er.A.K. Mittal 9년 전 3
How right you are . Infact,it may establish some ground rules for ALL similar machines , irrespective of size and application.
응답 ↓•퍼머링크•모•Report

James Murdock 9년 전 1
Isn't it a fix if the fire is better contained and vented? Root cause is not easy and should not be trusted. This is why redundancy in safety is used in many systems because all faults can't be anticipated.
응답 ↓•퍼머링크•Report 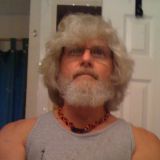 Jeffrey Bue 9년 전 1
This is good news for the dreamliner. Even though Boeing is a competitor, I've always found their engineers to be top notch. I was certain they'd come up with a viable solution to the lithium battery problem.
응답 ↓•퍼머링크•Report

Norman Pichardo 9년 전 1
RRKen, I think your analysis of the Lithium Battery reality has been pretty well recalled, with the exception of one incident with the B787 during a trial stages, where the aircraft had very serious battery fire situation/emergency, etc, investigation that never became known to the public.
We are still awaiting an official pronouncement on the "Proximate Cause", or results on the current testing overloading the Lithium Batteries the determine if "Battery Shields" and/or "Smoke Vents" do operate according to the FAA/NTSB(who are ultimately responsible for the end product) requirements and that measures will not endanger future flights, and especially the Passengers.
응답 ↓•퍼머링크•Report

Er.A.K. Mittal 9년 전 0
“ Boeing Plans Further 787 System Flight Tests “
………..
The interim testing appears to be focused on verifying the functionality of specific systems that could play a key role in the upcoming battery demonstration flight, as well as other electrical systems unrelated to the battery modification…….
………
Friends please mark the words of the two part sentence. This is one of the best examples to explain the meaning of the age old phrase/saying “ Better late than never “ !
It is also on the similar lines that I have been blogging about . It vindicates my views .
Infact , whole article is worth reading .
All I can say is , ‘ ThanQ Boeing , for moving on the correct path as established by our fore fathers who laid the foundations of scientific analysis/management .’
I earnestly wish the engineers good luck and wish them God speed.
응답 ↓•퍼머링크•Report 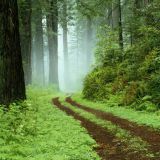 Yau Alhaji kantsi 9년 전 0
A very good news ! We pray this will be the end of he dreamliners problem. More grease to the handlers of the lithium battery issue.
응답 ↓•퍼머링크•Report

Andy Tyler 9년 전 0
One of these tests involve deliberately setting a battery on fire on the ground and testing the safety mechanisms to make sure they're contained.

John Berry 9년 전 0
Finally an article about the 787 battery issue that addresses the realities of the issue without the hype and hyperbole, whilst being written by someone who actually understands the issues involved. Too bad most of the flying public will stick to reading the hatchet pieces posted on yahoo and msn.
응답 ↓•퍼머링크•Report

Boeing said it has finished more than half of the testing on its proposed battery fix for the 787, with the rest of the ground and flight tests coming in the next several days.

The test results so far have been in line with the testing Boeing did when it was developing the fix, spokesman Marc Birtel said on Wednesday.

Smoldering batteries - including one fire on the ground - prompted air safety authorities to ground the world's 787s in mid-January. Boeing has developed what it believes is a permanent fix, including more heat insulation and a system for venting battery gases outside of the plane.