DJI no longer lets you fly its drones in Washington, DC

5년 전 제출됨
DJI really, really doesn't want to see its drones in the news for the wrong reasons. Just a day after the world learned that one of its robotic vehicles crash-landed at the White House, the company is pushing out a "mandatory" firmware update for its Phantom 2 drones that prevents you from flying anywhere within a 15.5-mile radius of downtown Washington, DC. (www.engadget.com) 기타...

Bill Butler 5년 전 2
What about all the drones inside the White House? (Sorry. Couldn't resist)
응답 ↓•퍼머링크•Report

joel wiley 5년 전 1
I occurs to me that this the first of a long line of 'firmware upgrades'. They're going to need more ROM soon, I suspect as more sites get on that bandwagon.
응답 ↓•퍼머링크•Report

Torsten Hoff 5년 전 2
DJ is actually fairly unique in that their firmware has enforced a form of No Fly Zones for a while. If you are near one of the airports in the list below, the drone will either not take off at all, or fly at a restricted altitude.

Adding the District of Columbia must have been trivial, and been a bit of an afterthought since operating a drone anywhere in Washington D.C. is prohibited by the FAA.
응답 ↓•퍼머링크•Parent•Report

Jeff Lawson 5년 전 1
However, I think some people choose not to install firmware updates because they don't want the altitude limitations or other enforcements being done...
응답 ↓•퍼머링크•Parent•Report

Torsten Hoff 5년 전 1
True. But that will only work with old drones running old firmware that haven't been updated in a few years, if you buy one today it will have reasonably up-to-date firmware. You'd still be able to fly it in D.C., but you wouldn't be able to fly it near LAX or JFK for instance.
응답 ↓•퍼머링크•Parent•Report 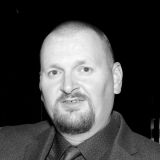 Philip Clifton 5년 전 1
I imagine it won't be long before a cottage industry of aftermarket firmware pops up, in the vein of DD-WRT, CHDK and so forth.
응답 ↓•퍼머링크•Parent•Report

Roger Deeringer 5년 전 1
Did anyone else read the comments on the article? Gitmo may be getting some new visitors.
응답 ↓•퍼머링크•Report 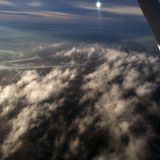 Richard King 5년 전 1
Wonder how they came up those limits? None of them actually coincide with the National Airspace System.
응답 ↓•퍼머링크•Report

Deborah Lipsitz 5년 전 1
Yes, I'm sure those who own a Predator 2 drone in the DC area are going to willingly let DJI force an update that turns their $1,200 toy into a worthless paperweight, especially those not in the least concerned by the fact that operating the things is already illegal in the DC area. Meanwhile, I'm betting some kid is coming up with a hack that will get around any such restrictions, if they haven't already.

On the plus side, those Predator 2 devices purchased prior to the upgrade are now worth several times more on eBay or Amazon, simply because they do not yet have such blocks.

Of course, authorities could actually do something, like use a wifi signal finder to find out who within 500 meters of the White House is operating the device, and then arrest them, rather than bricking the devices of those who live in the area but play with their expensive toys elsewhere.

But then that would be too cost effective and make too much sense, so that'll never happen.
응답 ↓•퍼머링크•Report

Stefan Sobol 5년 전 1
If you turn off the GPS mode, the Phantom won't know it is within 15 miles of DC.
응답 ↓•퍼머링크•Report

Stefan Sobol 5년 전 1
What about all the other "drones" brands out there. Unlikely that they will be prevented from flying due to a Phantom update. There are most likely "drones" that can't even accept updates.
응답 ↓•퍼머링크•Report

Stefan Sobol 5년 전 -1
Also, if I lived in DC and owned one of these and now I can't fly it where I live I would expect that DJI would be buying back from me.
응답 ↓•퍼머링크•Report