6년 전 제출됨
The Airbus A350-900 has gained extended-range twin-engine operations (ETOPS) approval from FAA for routes that require beyond 180 minutes diversion time, which will give US A350 operators more range and flexibility with the aircraft. (atwonline.com) 기타...

Richard Bowman 6년 전 10
It seems as if there might be a bit of politics creeping into ETOPS approval. In the US, the Boeing 787 is given 330 minutes ETOPS approval, and then Europe gives the Airbus A350-900, 370 minute approval. Standard ETOPs has been 120 minutes I believe. Now if my butt is aboard an aircraft and we lose one of our 2 engines, I want that same butt, back on the groung safely ASAP. It seems as if both Europe and The US, are trying to give an advantage to their own product over the competition, with passenger safety coming second. Think about it. 370 minutes is is 6 hours and 10 minutes of sweaty nail biting, praying the second engine is not a duplicate of the first. I hope that each aircraft comes equipped with a seviceable Angel, because they might need it. If only for good luck.
응답 ↓•퍼머링크•Report

Ric Wernicke 6년 전 6
How can you say politics are involved? Everyone knows the top engineers work for these political bodies and always deliver correct opinions for the policy makers to guide their decisions. Why just look at the record of the current administration...uhoh...I think I just shot myself down.

I just want to know why they are going where there is no runway within 6 hours of fly time? Perhaps China is leading the way building runways in the South China Sea.
응답 ↓•퍼머링크•모•Report 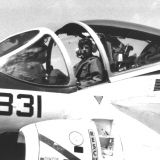 lsharpe69 6년 전 1
Amen my friend. Recall Transat flight 236. Fuel leak to right engine and lack of situational awareness should have detected fuel leak yet pilots elected to share wing tanks rather than shut down right engine and fuel flow. Aircraft had loss of fuel emergency and glided without fuel to the Azores. Pilot was awarded for longest glide in an airliner. Congrats! Landed over-speed and blew all tires as APU did not supply hydraulics, including flaps! Glad my butt wasn't on this flight. - safe av8ting!
응답 ↓•퍼머링크•모•Report

Guy Cocoa 6년 전 5
This is a totally random thought, but if an aircraft is going to wind up in the drink because both engines quit, regardless of the low probability of such an event occurring, what I would want would be the ability to safely set the aircraft down on water and break out the rafts. It would seem that the primary impediment to setting it down safely would be the engines. Once they start gulping water the nose of the aircraft will pitch straight down, or if they hit asymmetrically, then they'll rip the aircraft apart (see Ethiopian flight 961). True, Captain Sully pulled off a miracle on the Hudson, but the A320 engines do not have a nine foot fan, and the Hudson is not the open ocean. In such a dire circumstance it would be helpful if there was some way to drop the engines prior to impact so that the craft would have a better chance of landing intact on the water, and be able to float long enough for the rafts to be deployed and filled with passengers. Yes, I know that the cure might be worse than the disease as we might have engines being dropped all over the world, but it was just a thought.
응답 ↓•퍼머링크•Report

KauaiGolfer 6년 전 -1
If you had to put one in the North Atlantic in the winter, you might as well nose it over and go straight in, because nobody is going to survive very long, raft or not.
응답 ↓•퍼머링크•모•Report 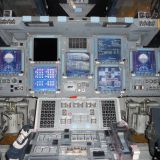 ETOPS has been around for a very long time. The first Aircraft to fly ETOPS was the B767-200, the carrier was El Al. This happened in the early 1980's. The old saying within the mechanics break rooms was " Engines Turn Or People Swim. We were always very aware of this in the back of our minds and made an effort that this would never happen to us, and I am referring to people swimming. The technology in engine design and manufacturing has made ETOPS even better today and this has come to no surprise to anyone in the industry. Extended Twin OPs is a catalyst of the Airline Industry.

A little history of the best commercial aircraft ever built.

The B777 was born with a meeting that took place on Oct.15,1990. At that meeting were UAL, Boeing , and Pratt-Whitney. They talked over lunch and discussed this aircraft that must meet Best dispatch reliability in the industry, Greatest customer appeal in the industry, and be also user friendly. This all came to fruition on June 7, 1995 as Boeing delivered " Working Together" the first B777-200 for UAL that was 180 minutes ETOPS out of the Box. I was one of the chosen 100 who delivered the Aircraft to UAL's Maintenance base in San Francisco.
At first the aircraft had a few bugs like many first production Aircraft of a new type. In time many of the glitches were worked out and we worked directly with Boeing and Pratt & Whitney to solve them.
This aircraft gents is the best ETOPS aircraft ever built. Yeah, there is always some politics that takes place and
that is part of doing business in a global economy. The truth is guys is that you very rarely ever shut down one of these 90,000 pound thrust engines. In my 40 year Aviation career I can remember only a handful that have come my way. As Ric said "top engineers work for these political bodies". but please leave the politics out, these well designed machines speak for themselves..Orville and Wilbur would be proud!
Regards,
Gary Berrian
Engineer
응답 ↓•퍼머링크•Report

ron paliughi 6년 전 3
Based on the catastrophic hand flying difficulties that surfaced on AF 447, lets hope the ability to fly on one engine during " alternate law" ops in the Flight Levels goes better. This is truly scarey stuff, flying 300 plus humans on one engine over water for 5-6 hours - the average pax is oblivious of course. Yes, before someone says it- "the odds of a modern high tech turbofan engine quitting in flight are extremely low" so no problem right. Truly hope the 747's don't all disappear- hope you are listening British Air.
응답 ↓•퍼머링크•Report

Gary Berrian 6년 전 1
Yes Ron,
4 is always better than 2 but not economical.
We are fitting Wi-Fi soon so we will be keeping them to at least 2020.
응답 ↓•퍼머링크•모•Report

djames225 6년 전 1
Why is it not economical to run 4 engines?...they dont have to be gigantic GENx's or Trent XWb's...maybe engine manufactures should look at smaller more fuel efficient units.
응답 ↓•퍼머링크•모•Report

djames225 6년 전 1
Low perhaps but not without merut ron...remember the Air Transat flight that had to fly like a glider after both engines went out due to fuel issues...aircraft manufactures forget that on twin engine craft if both engines quit u have no power
응답 ↓•퍼머링크•모•Report

30west 6년 전 1
The Air Transit loss of both engines was caused by improper mx procedures that caused a fuel leak and the pilots cross-feeding fuel to be vented overboard until all fuel was gone. Had a similar mx failure and improper crew action occurred on a four engine jet, the result would have been the same.... a glider, only a four engine version, not two.
응답 ↓•퍼머링크•모•Report

David Sims 6년 전 3
I bet that will feel like a long 5 hours if one quits.
응답 ↓•퍼머링크•Report 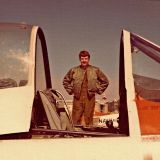 morpheus 6년 전 1
Hello,
I have some question for the long-haul non-stop aircraft manufacturers.
In these days of flight exceeding 12 hours, why do the manufacturers uses hard plastic for the pax seat handles? Why can't they use some soft material?
How about providing some cushion in pax seats (777-300 ER)? Being a formal FAA Acft Dispatcher, I do understand the weight concerns.
Thanks,
응답 ↓•퍼머링크•Report

Highflyer1950 6년 전 1
Especially if you have to descend to FL280 and start picking up ice! Oh well, fun times.
응답 ↓•퍼머링크•Report