2년 전 제출됨
(CNN)An off-duty pilot in the cockpit of a Boeing 737 Max 8 jet jumped in to help crew disable a malfunctioning flight-control system as it experienced difficulties in October, according to Bloomberg. The next day, with a different crew, the same plane crashed into the sea off Jakarta, killing all 189 people on board. (www.cnn.com) 기타...

Ron Fletcher 2년 전 7
Obviously there has been no central reporting of these issues or they were just fobbed off. A Software update will not be seen as enough to restore confidence of the public.
응답 ↓•퍼머링크•Report

chalet 2년 전 3
I find it extremely difficult to think that the only problems with runaway MCAS SYSTEMS occurred to Lion Air and Ethiopian Max 8 planes so the million dollar question is: what about the aircrews of US Airlines that have been flying them for over a year. No problems? mmm. What I am driving at is: if US aircrews experienced problems what they did to avoid a tragedy, had they received specific training on the damn MCAS thing or simply disconnected it out of intuity/horse sense and good airmanship.
응답 ↓•퍼머링크•Report

Highflyer1950 2년 전 4
As much as I hate to say it, this will be just the tip of the iceberg if we don’t start demanding better training and more experience for these pilots rather than reducing it? Yes, there is a shortage but maybe the airlines are as much at fault for this than anyone else?
응답 ↓•퍼머링크•Report

djames225 2년 전 4
While I agree about the better training, Highflyer, it is difficult to train a pilot when certain things of vital importance to them, are left out of the actual manual. Then I place blame solely on the manufacture.
The thing is, it isn't just overseas pilots that have been yammering about this particular craft...a good many North American pilots have also voiced concerns before these crashes.
응답 ↓•퍼머링크•모•Report

Yes and no. I actually put a lot of blame on the travel websites and whatnot like expedia and cheapoair. People no longer care for or look for anything other than price and time of day. I personally start there but have my no fly list of airplanes and airlines to filter thru. I think if people were a little more interested in what they were about the fly on it would change things. Now that may be a crazy idea but meh it's an idea. Those same people will research cars for a month before buying one.
응답 ↓•퍼머링크•모•Report 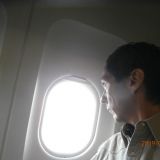 ferminbf 2년 전 2
So, according to you, a ticket sales company like those you mentioned, are responsible for this crash??
응답 ↓•퍼머링크•모•Report

Jeffrey Beaumont 2년 전 1
Listen to "Sulley" Boeing has paid so much in lobbying efforts that the FAA has been bought and paid for. Bribery will be the ruination of country.
응답 ↓•퍼머링크•Report

James Driskell 2년 전 1
In my mind, the cause of the Lyon Air crash probably came out of no where, at least as far as most operators knew. But shortly afterwords, the collective finger was being pointed at the MCAS system and I remember several noted US aviation experts referring to the cutoff switches for the system and there was some discussion about the necessity to disable the AP and even the AT if control problems came up. Granted, Boeing has taken too long to address the problem, but any self respecting operator should have been all over the problem using whatever information was available to bring all their crews up to speed. As far as I know, there have been few or no incidents with the 737 Max 8 with US carriers. Could this be because of the depth of crew experience and overall training?
응답 ↓•퍼머링크•Report

erik godo 2년 전 1
I read that American Airlines? said they had 40,000 flights with no stabilizer issue on the MAX. If they fix their AOA sensors more promptly maybe it never happens. Or maybe foreign carriers somehow got a bad batch of AOA sensors.
응답 ↓•퍼머링크•모•Report

djames225 2년 전 1
18,000 flights..about 46,000 flight hours...but even AA pilots have said there were issues with the craft, not just MCAS..we don't know for sure if MCAS had anything to do with either accident, but you have to remember...this is not really a B737..it may say so, it may have a lot of the same airframe, but when you take the engines, move them forward and up, and add extra weight, the 737NG handling goes right out the window.
응답 ↓•퍼머링크•모•Report

djames225 2년 전 1
Pilots of the US carriers made notes and made complaints, to Boeing, long before these accidents, and it should have been addressed then and there. You have to remember that most US pilots who fly the MAX are amongst 100's of others in the US where they can take notes and how to's among themselves, where as some overseas operators are lucky if it's a dozen or much less. Compound that with Boeing's inability to properly place notification about, how to use, and what to do should the need arise to disable the system, out of the manual. That part is inexcusable.
응답 ↓•퍼머링크•모•Report

James Driskell 2년 전 0
I totally agree about Boeing's responsibility, bur as the old saying goes, "when in doubt, fly the airplane." Systems fail and proper training requires that competent crews sheould be able to overcome most of the failures. I'm reminded of one of the SR-71 flights over the Pacific when its navigation system quit. They were able to return to home plate using the whisky compass.
응답 ↓•퍼머링크•모•Report

djames225 2년 전 1
You cant properly train on an aircraft if items that need mentioning are not mentioned..again this should have been addressed at the onset. We were not in the cockpit to see exactly what was happening, but information given to pilots is needed.
The SR-71 flight crews knew about, and were shown how to use, all the gadgets the craft had, and so were able to make use of said instruments, when others failed.
응답 ↓•퍼머링크•모•Report

D Berkeley 2년 전 1
My understanding is that the optional angle-of-attack indicator is purchased by the US airlines, while foreign airlines do not purchase it. Without the indicator the pilots need to disable the automatic systems in order to correct the problem, which is where training comes in.
응답 ↓•퍼머링크•Report

ADXbear 2년 전 0
Correct me if im wrong, but cockpit voice recorders only record the last 30 minutes of operations, not previous flights days before an accident.. however flight crews do make flight logs on issues needing to be addressed..
응답 ↓•퍼머링크•Report

steve jenney 2년 전 -6
why in the world would this particular plane be in service after so many problems in such a short period of time.....lemon!
응답 ↓•퍼머링크•Report

Highflyer1950 2년 전 0
Better question! how is that such poorly trained pilots were at the controls of this new variant of an old airframe? Chief Pilots, Check Pilots, conversion training instructor pilots should be shaking their heads around the world. If this was a top down decision to save money then I say throw the CEO/CFO’s family in the back and go flying?
응답 ↓•퍼머링크•모•Report

Jim Myers 2년 전 5
And how do you train pilots on something that Boeing KEPT A SECRET?
응답 ↓•퍼머링크•모•Report

Alan Brown 2년 전 2
As I understand, the instructions to correct the issue were in the training on an IPad that the backup pilot had read, but the primary pilot had not read. Seems that the information was there for both, but only one took the time to read it.
응답 ↓•퍼머링크•모•Report

JMARTINSON 2년 전 1
Yet somehow the guy sitting in the jump seat the flight before knew what to do.

DID HE GUESS?
응답 ↓•퍼머링크•모•Report

Highflyer1950 2년 전 1
I will concede that Boeing / Airlines did a poor job of conversion training to the Max. But as a Captain, explain how you have a nose down force while hand flying the aircraft and this force trims out with use electric trim and strong back pressiure on the controls only to have the nose down force return, time and time again AND you don’t immediately select the Trim Cutout Switches to off? I also blame Boeing for not having AOA information displays as standard equipment?
응답 ↓•퍼머링크•모•Report

djames225 2년 전 1
While I agree with your thinking, Highflyer, we were not in the cockpit of either flight so it's difficult to say how the emotion level was. Remember that folks the world over, all have different emotion levels, and that plays a HUGE roll in piloting an aircraft. I've said before and again, this is NOT a B737 but a totally new craft. Sure most controls are identical, but it will never fly the same as a B737NG.
응답 ↓•퍼머링크•모•Report

Highflyer1950 2년 전 1
True enough about emotions. However, that is what training is all about, keeping your head while facing adversity. I’m unaware that it is a new aircraft, just a variant of the original type certificate. Yes it has bigger engines, longer nose strut plus a trending nose high attitude at MCT, but as an analogy: the DC8-73 was a far cry from the DC-8-54 just like the L-1011-1 was much different than the L-1011-500. Lear type ratings covered the series 23 through the 36A. It’s nice to have gone through all the aircraft changes and experience counts. In my opinion, probably not shared by most, is why you never put a 200 hr wonder in any crew seat on a commercial airliner? Some of the best 727 drivers started from the SO position having learned more about the aircraft just by watching others.
응답 ↓•퍼머링크•모•Report

djames225 2년 전 1
Many of us, myself included, tend to wave fingers at "overseas airlines" for their training. We also, again myself included, think the same as you about training and emotions. But there are times when all the training in the world can't calm an emotion. Cases in point. How many I have heard say they would not have remained as collected as Chas Sullenberger, Jeff Skiles and crew of Cactus 1543, or Tammie Jo, Darren and crew, on the Southwest 1380. We are only human, and all the training in the world can sometimes go out the window in a panic.
The reason I say new is, it may have similar control layout and look identical, but the airframe, wings, engines and engine placements along with nose gear have all been changed. That to me, makes it a new craft, and as such Boeing should have advised proper training, and materials, been mandated worldwide before delivery of even the first 1. It wasnt just bigger engines, it was the placement of those engines.That changes handling charecteristics a whole lot more than popping a few bigger engines on. They didnt just swap in a bigger engine, throw in a larger nose gear and say there. And the FAA should get a huge crack on the knuckles for allowing Boeing anything to do with signing certification.
응답 ↓•퍼머링크•모•Report