2년 전 제출됨
The board of directors of Transat AT Inc. has approved a takeover offer by Air Canada valued at $520 million. The companies announced Air Canada will pay $13 per share for the travel company (www.ctvnews.ca) 기타...

Paul Fairbrother 2년 전 6
I completely agree with Kevin. This will create a monopoly and give Canadians fewer choices and increased prices.
응답 ↓•퍼머링크•Report 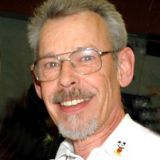 Wolfgang Prigge 2년 전 1
There is Sunwing if you want deals.
응답 ↓•퍼머링크•모•Report

Kevin Keswick 2년 전 8
I hope that this deal is blocked by the competition bureau. There is not enough competition in air travel in Canada as it is so there is no way Air Canada should be allowed to buy Air Transat. If they are going to allow a deal like this they need to change the rules so that foreign companies can own Canadian airlines. Air Canada cannot be allowed to gobble up competition while enjoying protection from foreign competition .
응답 ↓•퍼머링크•Report

Edward Singh 2년 전 3
Agrees, in this case with virtually no competition customers will be at the mercy of air canada
응답 ↓•퍼머링크•모•Report

strickerje 2년 전 0
Just look at the U.S. - we still have regional, charter, and air taxi services, but most would argue there’s a lack of competition in most markets here since the consolidation of the last 10-15 years. If this deal goes through, Canada will basically just have Air Canada and Westjet serving most of the country, which isn’t much, especially in the locations that will only have one or the other.
응답 ↓•퍼머링크•모•Report

Roch Comeau 2년 전 1
This is likely a defence move after Onex bought Westet. Onex hinted at another big deal. Imagine if they bought Westjet and Transat? From AC's point of view that would become a serious challenge. They are acting in their self interest (we are all expected to act in our self interest) in snapping up Transat which made it clear they were shopping around for a buyer.
응답 ↓•퍼머링크•모•Report

gcciedmonton 2년 전 2
I know Max Ward well actually he is renting space in a hanger of ours. His airline was shut down because Transport Canada were being riculous over what he wanted and needed to keep alive. He closed his airline solely because of this and nothing else. His money was not made with Wardair in the end but by owning the sole rights all over the world for "The flight cancelling insurance" that to this day still lives and will forever.

Howard Tenenbaum 2년 전 3
We have a sad history in Canada regarding how large Airlines have destroyed not only competition, but competition from airlines that were actually superior! Cases in point.
1) Canadian Airlines (or was it as CP Air) bought Wardair. Wardair was the uncontested best charter airline in Canada if not the world! Eventually it sort of 'disappeared' as a viable entity within Canadian Airlines.
2) Then in an interesting twist, Canadian Airlines, then owned privately while at the time Air Canada was still a Crown Corporation (with matching 'service') bought Canadian. Canadian, being privately owned had somewhat if not considerably better 'service' than did Air Canada at the time.

And now we see that Air Canada will buy Transat. I don't love Transat but the loss of a successful airline with fairly good quality now means even less competition for Air Canada, and in particular Air Canada Rouge. The latter is perhaps the worst regularly scheduled airline upon which I've flown over the years. It's an embarrassment to Air Canada. And when booking on Air Canada, even Business, one could actually be booking on low quality Rouge flights with a tepid form of Business, but at the SAME fare as Business on Air Canada. This will not be good. And finally, I'm not so sure that the Onex purchase of WestJet will be good either. In this regard, I look at this as a stopgap move prior to selling WestJet to... Air Canada of course!
응답 ↓•퍼머링크•Report

1: Max Ward (a.k.a. Wardair was busy flying empty Airbuses around when they got bought by Canadian). great service but financially unsustainable.

2: Air Canada was not a crown corporation (and had not been for years) when it purchased Canadian. Recall that Canadian was losing tons of money at the time. The purchase was in self defence after Canadian almost succeeded in buying Air Canada (the loser buying the winner) with Onex backing. That would have been a disaster.

I agree that the blending of Rouge and mainline is annoying, but Rouge does fill a niche that was demanded by customers.
응답 ↓•퍼머링크•모•Report

777jim 2년 전 1
Oh, the poor misinformed. About time some of you misinformed got off the band wagon regarding AC under government financial control. Wow, where have you been?
If the sun didn't rise tomorrow you would all blame AC. AC could offer free seats and most would still complain.
All of the other airlines that are no longer with us can point solely to inept management and their inability to manage what they had. Wardair in fact was a prime example, they were the best in the vacation market and still would be had they not tried to take on AC and CP and others. Most of the others wrongly got into the market thinking they could do something similar and failed big time, mostly because of the visions of grandeur and could not sustain the horrendous costs associated with keeping an airline going. Transat unfortunately, is suffering a similar fate, mismanagement on a large scale. It is a good airline and provided good competition for the vacation market. There are others to take their place and keep the competition going.
It is not an easy task funding an airline just for operations in the domestic market. Trying on something like international service and the big problems really start. AC is not the problem here, the whole international aviation world is the major obstacle and you better have deep pockets to play ball here.
AC is not going to take a backseat to anyone and they will do what is needed to supply seats to any market where they can make a profit.

Back to the individuals who still think AC is under government financial control, unbelievable! So when the government did have some control many, many years ago, everyone complained bitterly and didn't want that. So now, let me get this straight, you want the government to control AC again because it is making a profit and doing well and doesn't need any help? Hopefully you can put out your Helmet fire,because it isn't going to happen.
So, sorry to burst your bubble. If you don't like it, too bad, stay home. Or better yet, why don't you start your own future failure.
응답 ↓•퍼머링크•Report