Mike Boote6년 전
"The proud bird with the golden tail". "We really move our tail for you"
How many remember the Playboy Bunnies they used on their flights between Chicago and LA in the early 70's? Durn - I really miss the old Continental.
Report 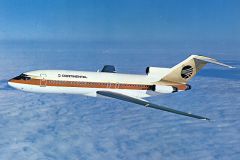 7Deuceman6년 전
The DC-10-30, "O63" seen here - affectionately known on the ramp as "Gucci II" a former Alitalia bird that came online at CO in 1986 if memory serves -
was a welcome addition to the Continental "Dash 30" fleet. The DC-10-30 was a workhorse, and even in a pax configuration we could put 42,000 pounds
of cargo downstairs on that baby out of ORD or LAX to HNL and it wouldn't break a sweat. On takeoff out of altitude and weight-restricted Denver the Dash 30s were absolute monsters and never ceased to amaze with their ability to climb.

Dash 30s "062" and "O63" upon delivery from Alitalia were refurbished and maintained, then immediately began to work on the Houston - London Flight 4 and 5 and the Hono - Denver - London Flt 34 and 35. Soon other Dash 30s came on to supplement other long leg services.

And yes, I do remember the Bunnies on the Continental "Chicago to Los Angeles Expressway" and the original 747-124s "The Proud Bird of the Pacific".

What a great era and what a classy airline!
Report 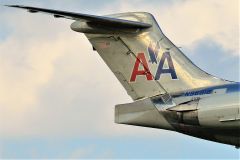