8년 전 제출됨
Southwest Airlines announced the cities it intends to serve following the expiration of the Wright Amendment later this year. The announcement, made from Dallas Love Field on Monday morning, will see Southwest add service to 15 new nonstop destinations from Love, bringing Southwest to a total of 31 nonstop destinations. (airchive.com) 기타...

Ben Deneweth 8년 전 2
Will be interesting to see what short-haul routes/frequencies are cut. The new routes will be probably 40ish flights but Kelly said that there will only be a net increase of 20 flights at DAL, meaning they will have to cut 20 existing flights.

Of all the new routes, obviously the ones to the other hubs will do well. I think the one that will struggle the most is FLL as there is already low-cost competition from NK and WN isn't exactly the top player in the south-Florida market. I was surprised they didn't add either OAK or SFO. Something where the only competition would be AA and is a strong WN spoke like JAX, CMH, or PIT I think would have been a better choice.
응답 ↓•퍼머링크•Report 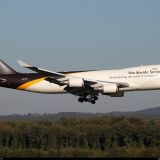 Steve Neas 8년 전 2
It is about time! I find it a bit ironic that the Wright Amendment was signed by Jimmy Carter, the promoter of Deregulation, i.e. let any airline fly anywhere without government interference! Then again, he and Alfred Kahn said that deregulation would increase competition. Before deregulation we had somewhere north of 20 airlines competing for your business, now we have FOUR. So much for that theory and the Wright Amendment.
응답 ↓•퍼머링크•Report

PhotoFinish 8년 전 2
We never had 20 airlines servicing every route. We didn't even have one airline servicing almost all.

There are also a number of smaller, nimbler airlines with lower cost structures that are competing against the big four. These smaller airlines are growing at much faster rates than their bigger counterparts.

The larger airlines also get an outsize amount of their profits from their long-haul and international operations. Those operations will increasingly come under pressure from both foreign airlines and LCCs.

These same LCCs, that you seem to discount, make profits on short-haul (which the network legacy carrier tend to lose money on, but keep as strategic feeder routes). These LCCs are growing faster not only on short-haul, but increasingly on long-haul and international.

Four is just a number. It is but a mere snapshot in time. Four will change. If not just in number, then in which airlines will make up the four.

Don't count competition out just yet. The more conpmacient some get, the more opportunity others will have in undercutting their competitors with either lower prices or better service, or both.
응답 ↓•퍼머링크•모•Report

ken young 8년 전 -2
Deregulation also gave us the breakup of the Bell System. That was also supposed to make telecommunications cheaper by increasing competition....
How much is your land line phone bill?
응답 ↓•퍼머링크•모•Report

PhotoFinish 8년 전 1
Increasingly the answer for many people is zero. The number of landlines are decreasing sharply.

Long distance rates have fallen greatly. Calls around the world used to be denominated in dollars per minute. Now multi-hour conference calls to halfway around the world can be free (VOIP) ir just cost pennies (instead of dollars, many dollars).

Whatever your point, phones seem to contradict it.
응답 ↓•퍼머링크•모•Report

ken young 8년 전 1
Good. I cannot fathom the amount of glad handing and deal brokering it took to pass this legislation which at the end of the day was NONE of the business of the US Congress.
The Wright Amendment was garbage law and now it has finally found its way to the landfill.
응답 ↓•퍼머링크•Report

The day Southwest Airlines has been waiting for is finally in sight: October 13, 2014. The date, which seems at least somewhat arbitrary, is when many of the Wright Amendment restrictions go away.

John Middaugh 8년 전 -1
SWA, a true no-nonsense airlines. Would LOVE to see them expand into the Alaska routes from SEATAC!
응답 ↓•퍼머링크•Report

Southwest Airlines announced it will offer service to five new domestic destinations from Dallas Love Field beginning October 13, as well as 10 more on November 2. The airline’s new destinations follow the repeal of flight restrictions that were imposed in 1979 that limited the number of destinations that the airport could serve.